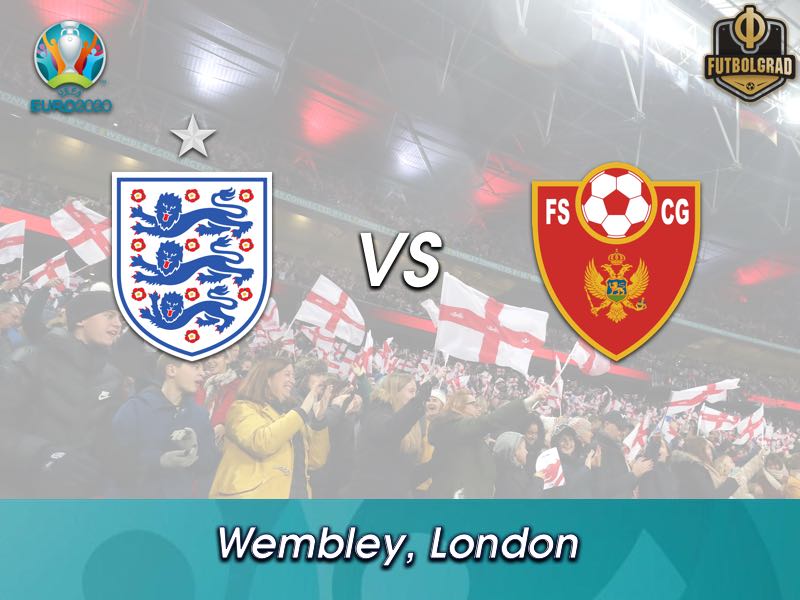 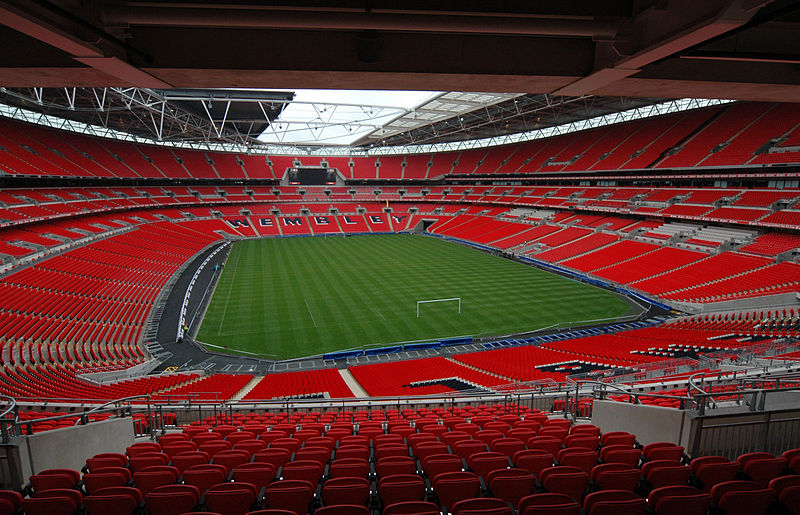 England vs Montenegro will take place at Wembley Stadium – Image by Jbmg40 CC-BY-SA-3.0

Raheem Sterling has rarely been out of the headlines in his still-young career. At the weekend, his Manchester City side traveled to Merseyside for what many considered to be an almost definitive title race decider against the European champions – and Sterling’s former employers – Liverpool. City were torn apart but the sheer energy of Jürgen Klopp’s trademark heavy-metal football in a comprehensive 3-0 defeat. During the game itself, Sterling squared up to Liverpool defender Joe Gomez as their passions ran high, and when the pair met up a couple of days later at England’s St. George’s Park for international duty there was a physical altercation instigated by winger that lead to the mild-mannered Gareth Southgate taking ruthless action by dropping Sterling from the game against Montenegro.

“I wouldn’t imagine that he’s hugely enthusiastic, but I can understand that,” Southgate explained in the pre-match press conference earlier in the week. “He’s with the group, that’s the most important thing. He’s with us for the game tomorrow, he’s back with the team on the training pitch enjoying his football. [He] trained superbly well, as he always does. So for me, the thing is finished.”

This side story, relatively common as it is, tells us more about England than it does about Sterling or Gomez. When qualification for the European Championships is mathematically still on the line, the focus should be entirely on professionally and ruthlessly completing the job, and yet every headline has centred around the drama. England have been so used to strolling through unchallenging qualification groups – their defeat to the Czech Republic in Prague in October was their first defeat in any qualifying match in a decade – that results and performances on the pitch rarely take centre stage anymore.

The task at hand is simple; win, and England will guarantee qualification for the final tournament next summer regardless of other results. If the Czech Republic drop points at home to Kosovo as well, then first place in the group will be secured. Even without eight-goal Sterling, England have captain and joint-top goalscorer Harry Kane to lead the line, with Premier League top goalscorer Tammy Abraham and Manchester United forward Marcus Rashford to supply further ammunition. This will be a matter not of whether England will win, but by how many they will rack up.

A fully-fit Montenegro squad would offer little threat as it is given the complete lack of motivation in challenging England on a meaningful level. Add in the absences of captain and 24-goal striker Stevan Jovetić – the rest of the remaining squad have only managed to score one more goal combined – and Atletico Madrid’s experienced centre-back Stefan Savić, and the picture grows ever bleaker. Just to top it all off, Montenegro are still only a few months on from their own dramatic events.

Ahead of their qualifier against newly-recognised UEFA member Kosovo, Montenegro’s then-manager Ljubisa Tumbaković refused to manage his team in a country his own nation of Serbia doesn’t recognise as independent. He was sacked shortly after his stand, leaving the post vacant for Faruk Hadžibegić to step in and continue a thankless task. His first target was set at qualifying for Euro 2020; not only was it wildly optimistic as FIFA’s 61st-ranked member, but it is mathematically over.

Montenegro have some glimmer of faint hope. Southgate has pledged to field an “even younger” side than the one that beat Spain just over a year ago; that side was the youngest Three Lions’ XI in almost 60 years at just over 23 years of age per player. The relative inexperience might provide a chink in England’s armour. They have pedigree as a footballing nation. In the last decade they reached their highest-ever ranking of 11th at a time when they went undefeated in three games against England. Battle with physicality and aggression, impose themselves on the youngsters opposite them, and they might believe they stand a chance.

England vs Montenegro – Players to Watch

Just over three years ago, arguably the biggest shock in a major European league’s title race saw Leicester City crowned champions of England. Their incredible success was built upon some incredibly imaginative scouting that saw the likes of Riyad Mahrez and N’Golo Kante launched from lower-league nobodies to global superstars. This season they sit second in the table with 22-year-old James Maddison pulling the string with the panache and assurance of a player buoyed by a decade of experience. At club level he fits into a fluid system with plenty of pace around and in front of him where his vision is met with instant impact. England have traditionally coasted through qualification campaigns with barely a flutter, struggling to truly open up against stubborn but limited opposition. Maddison is already masterful at keeping the momentum going. 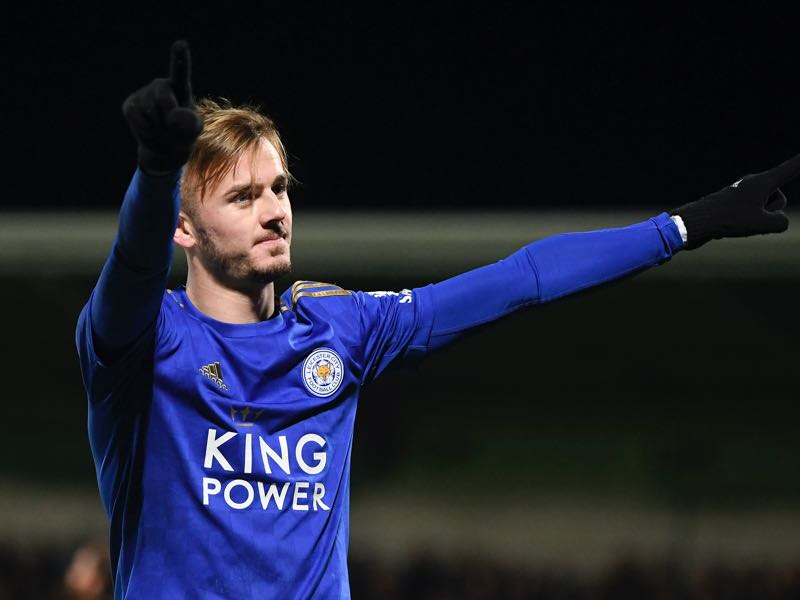 James Maddison of Leicester City celebrates after scoring his team’s third goal during the Carabao Cup Round of 16 match between Burton Albion and Leicester City at Pirelli Stadium on October 29, 2019 in Burton-upon-Trent, England. (Photo by Michael Regan/Getty Images)

The few stellar names that Montenegro can usually call up are almost all unavailable for various reasons – Stevan Jovetic and Stefan Savic both boast over 50 caps between them and have domestic titles in the big five leagues – leaving former Dinamo Moscow workhorse Bećiraj to bludgeon his way through the English defence. There is such little hope or motivation for Montenegro as they sit eight points behind third-placed Kosovo with just two games to go that the only weapon at their disposal is to work their hosts into the ground. The 60-cap forward has little by the way of subtle natural talent, with brute workrate his main tool. Although it should not be complicated to marshal his one-dimensional style of play, England’s defenders will still need to win the physical battle to ensure they are not breached. 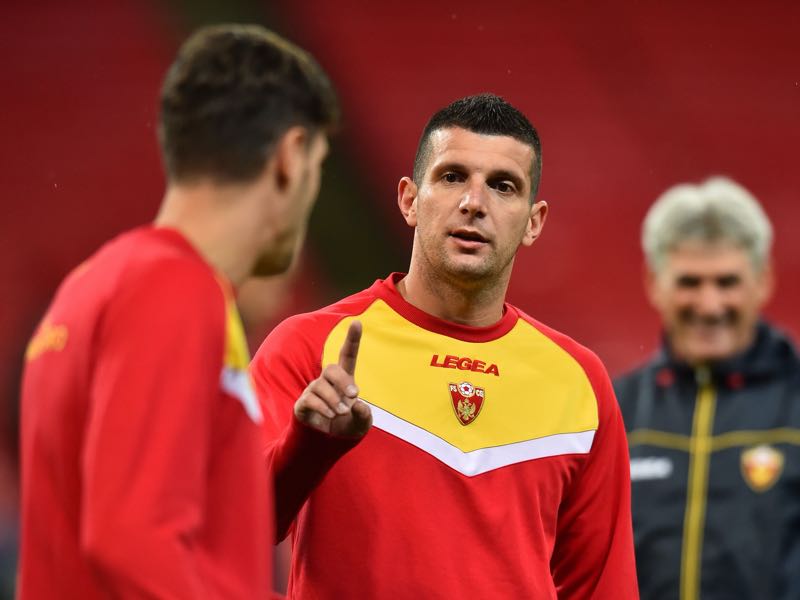 Montenegro’s forward Fatos Beciraj attends a training centre at Wembley Stadium, London on November 13, 2019 on the eve of their Euro 2020 football qualification match against England. (Photo by Glyn KIRK / AFP)