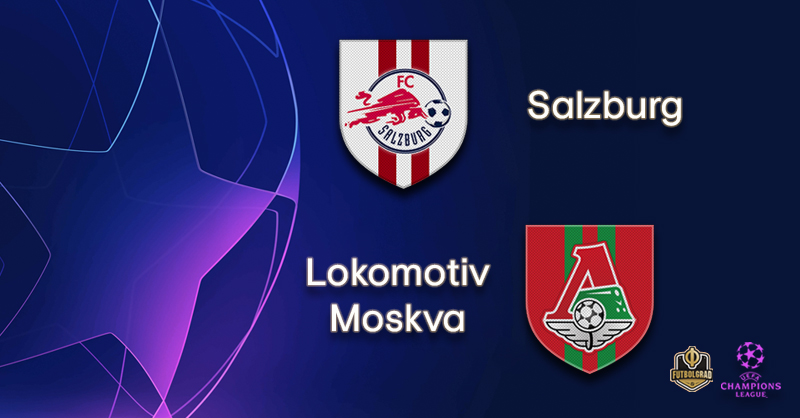 Losing Erling Haaland might cost most teams, but for a talent production line as remarkably consistent as FC Salzburg’s it was simply one part of a process towards success. The Norwegian sensation has already broken a raft of eye-watering records at the age of 20 – most goals scored in an FIFA Under-20 World Cup match (nine), first player to score six goals in his first three Champions League matches, first player to score five goals in his first two Bundesliga matches – and yet somehow, Salzburg barely look any weaker on the surface.

Jesse Marsch has continued the tradition of developing young talent from less obvious markets as seamlessly as if he’d been at the club a long time. In a way, of course, he has; three and a half years at New York Red Bulls were followed by a season assisting Ralf Rangnick at RB Leipzig, all adhering to a similar philosophy and playing style. His impassioned speech in the Anfield dressing room two seasons ago, with his side – whom he’d only been in charge of for a few weeks at that point – already 3-0 down to the current English champions Liverpool, went viral, and for good reason. His motivational skills and understanding of how to eke out every ounce of potential from his players makes the entire side a terrifying prospect. “Anyone who knows us will be aware that we are confident of our own strengths,” he told the club website, “and will try to play our own type of football at this level too.”

Their form this season has developed even further, with eight wins out of eight in all competitions, including a 10-0 and 7-1 thumpings and five further matches where they have scored at least three goals. They do have a small handful of issues to deal with – André Ramalho is a slight doubt after testing positive for coronavirus before the last international break, although he was reported to be symptomless. Ousmane Diakité, Antoine Bernède and Youba Diarra are recovering from injuries and may not make it either. As always, though, there will simply be another perfectly prepared piece to slot right into their places.

Lokomotiv Moscow have struggled to make an impact at this level after returning to European football’s top table in 2018 after a 13-year absence. They lost five of their six matches in the group stage in both the 2018/19 and 2019/20 seasons, although in fairness they were dominant for long stretches of both matches against Cristiano Ronaldo’s Juventus. The catalyst for both those inspired performances, however, is no longer at the club. Aleksey Miranchuk scored home and way – handing Lokomotiv an unlikely lead in Turin – but has since joined fellow Serie A side Atalanta.

Lokomotiv Moscow do not boast nearly the same depth that Salzburg do, but in this instance they do have a ready-made replacement in Aleksey’s twin Anton. Having spent almost his entire professional career in his brother’s shadow, Anton is now pulling the strings for club and country. His close control and vision will be central to the visitors’ chances of creating a breakthrough, especially with the likely low level of possession they will be granted by Salzburg. Marko Nikolić has openly stated that he had arrived under no pretences of playing free-flowing attacking football, and so far his safety-first approach has paid off in the Russian Premier Liga with Miranchuk’s creation adding a little sparkle to the industry of the team as a whole.

When even a club legend such as Yury Semin failed to make inroads of any sort in two attempts in the Champions League group stages, Nikolić has a thankless task to take his side a step further. The brutal reality is that this fixture is already critical to Lokomotiv’s chances of even advancing to the Europa League knockout stage with reigning champions Bayern Munich and 2014 finalists Atlético Madrid also in the group. The bulging injury list is not an ideal starting point, especially with midfield enforcer Dmitry Barinov out of action. A point would be precious – simply holding out for one would be an enormous gamble though.

Spearheading their breathtaking attack is Zambian international forward Patson Daka, who ended last season with 24 Austrian Bundesliga goals, and has already hit 11 in all competitions this season – including four in one Cup match and two in the qualifying playoff to reach this group. He is the complete package, with the balance of a ballerina, lightning sharp technical awareness and speed of thought and unnerving confidence in front of goal.

The task of shackling one of Europe’s most devastating attacking units lies largely with the 23-year-old Brazilian centre-back Murilo Cerqueira. After the departure of German FIFA World Cup winner Benedikt Höwedes in the summer, Murilo has cemented his place at the heart of Lokomotiv’s back line. Largely he has been untroubled by the relatively sedate opposition attacks facing him in the Russian Premier Liga, but his experience as a central midfielder will stand him in good stead when using his anticipation of breaks forward. Vedran Ćorluka relies on his partner’s greater mobility alongside him, particularly so when faced with the pace and intricacy of their hosts tonight.