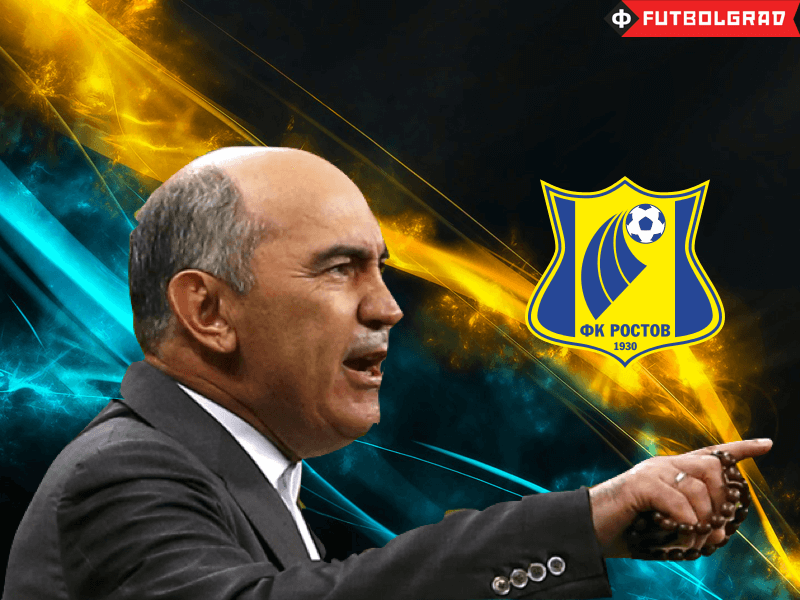 Leicester-on-Don – The Rise of the Underdogs

“Leicester-on-Don” read the Sport Express headline following FC Rostov’s win over Krilya Sovetov earlier this month. The comparisons between Leicester City and Rostov have gained momentum as both sides push for unlikely title challenges—but are there genuine similarities between them?

Both clubs are not considered the usual title contenders in their respective leagues. Over the last two and a half decades Rostov have mainly finished in the lower reaches of the Russian Football Premier League (RFPL). Rostov have been relegated twice since 1992, and both times the club managed to be promoted again straight away. Leicester fans, on the other hand, would be happy if the team had spent the last two decades mid-table in the English Premier League (EPL). Since the early 1990s Leicester have mainly played in the second tier, and have even spent a season at the third level.

Leicester vs Rostov – The Managers

At both clubs the managers have been signed recently, and in both Kurban Berdyev’s (Rostov) and Claudio Ranieri’s (Leicester) case football experts had their career largely written off.

Before signing with Leicester, Claudio Ranieri managed Greece’s national team where he was fired after losing to the Faroe Islands. Hence, in discussions with fellow Leicester supporters last summer it was agreed that it would be another difficult year and, tellingly, that Ranieri might not last the entire season. 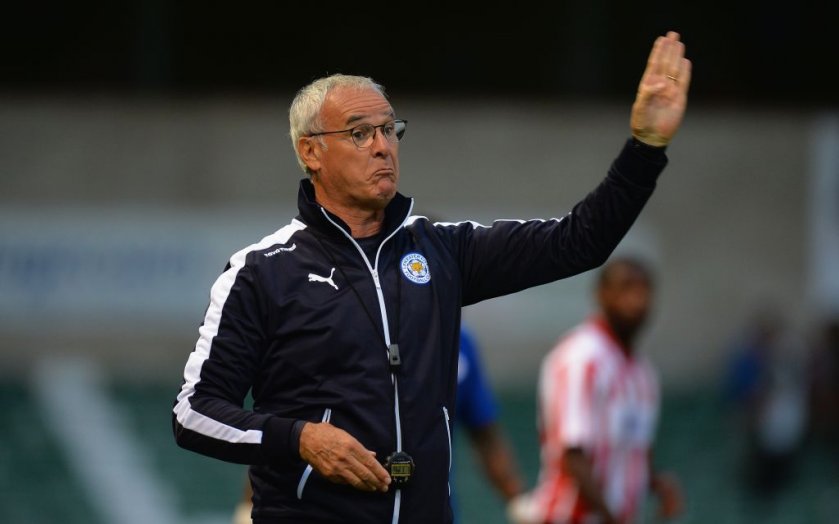 Claudio Ranieri has orchestrated Leicester’s unlikely rise to the top of the EPL – Image via cityam.com

Kurban Berdyev was very successful in his 12 years at Rubin Kazan. He lifted the team from the third tier to the top of the RFPL and won the championship twice (2008, 2009)—in the 2009-10 Champions League campaign he led Rubin to a famous 2-1 victory over FC Barcelona at the Camp Nou. Berdyev was fired by Rubin in 2013, however, and there was always the sense that he had unfinished business in the top flight. This, along with his shrewd tactical skills, made it unlikely that he’d fail at Rostov. Hence, unlike Ranieri, Berdyev’s appointment at Rostov received a much more positive vibe from fans and specialists alike.

A well-considered piece for the Russian site Business Online argued that in terms of tactics Rostov and Leicester are very different. “At Rostov every player knows exactly what to do in every in-game situation,” writes Vladislav Zimagunov, “Nobody is caught out of position…we’ve all heard of how Berdyev leads players by the hand to explain tactical nuances, and this approach has started to bear fruit.” Tactical discipline allows Rostov to—as George Graham’s Arsenal did—stifle opponents and then take the few chances that come their way.

Leicester’s approach, argues Zimuganov, is much like Atlético Madrid’s in that both sides “fight for every meter of the pitch.” Add to this the way the first eleven moves in a ‘wave’, quickly counter-attacking to raid opposition penalty areas, and the tactical differences become even clearer. The way in which Leicester have begun to grind out results in recent weeks—four of the last five games have finished 1-0—suggests, however, that they may also possess the necessary flexibility to play like Rostov when they need to.

In terms of players, at first glance it seems Leicester are a team made up of stars, whereas the financially limited Rostov have a ragtag collective shaped by a master tactician. This is only partly true. Leicester may have stars now—N’golo Kanté, Riyad Mahrez and Jamie Vardy to name three—but all where relatively unknown before joining Leicester.

In reality both clubs do best with up-and-coming players, or else those cast off from other clubs. For example, Dinamo Moscow let midfielder Kristian Noboa leave at the end of 2014 when his contract expired, but he has been in excellent form at Rostov. Add to this the experienced César Navas, who left Rubin as a free agent last season, along with underrated Belarusian Timofey Kalachev, and Russian international a Dmitriy Poloz (a Lokomotiv Moscow reject) and you get the picture. 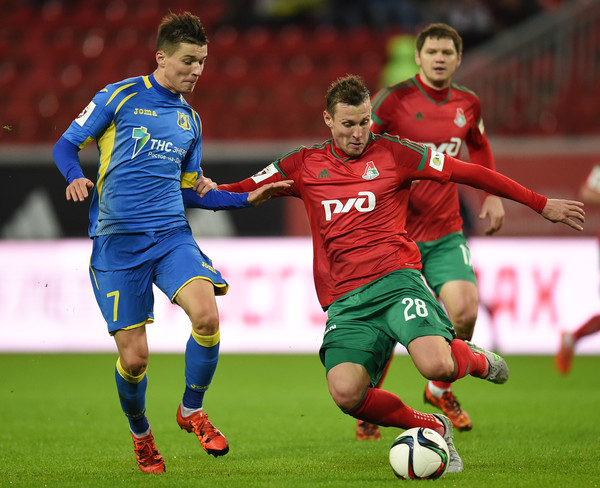 Dmitry Poloz (on the left) was rejected by Lokomotiv – Image via zimbio.com

At Leicester there are similar cases. Winger and likely player of the season Mahrez only cost £400,000 when Leicester bought him from French Ligue 2 club Le Havre. Vardy was bought for just £1,000,000 from Fleetwood Town. Leicester’s midfielder Danny Drinkwater, who was recently called up to play for England, was cast off by Manchester United, and struggling Aston Villa will now be regretting their decision to release Marc Albrighton at the end of his contract in 2014.

Perhaps the biggest difference between the two clubs is their respective financial positions. Leicester are not the biggest spending team in the EPL, yet they manage to compete with clubs with far greater financial resources. The same cannot be said of Rostov. Stories have regularly appeared about the club’s inability to pay their players, despite this they have still challenged CSKA Moscow for the number one spot. Earlier this month reports have even suggested that Rostov may be declared bankrupt due to unpaid debts. In this sense, as one of my Twitter followers pointed out, Rostov’s achievements have been far more difficult to attain.

Are Rostov the Russian Leicester? Both are undoubtedly surprise packages and find themselves in the improbable position of possibly meeting in next season’s Champions League—that is if UEFA wont kick out Rostov for breaching Financial Fair Play regulations. But underneath the surface there are plenty of differences. Yet what all football fans should applaud is the fact that both clubs have managed to challenge the usual hierarchy.