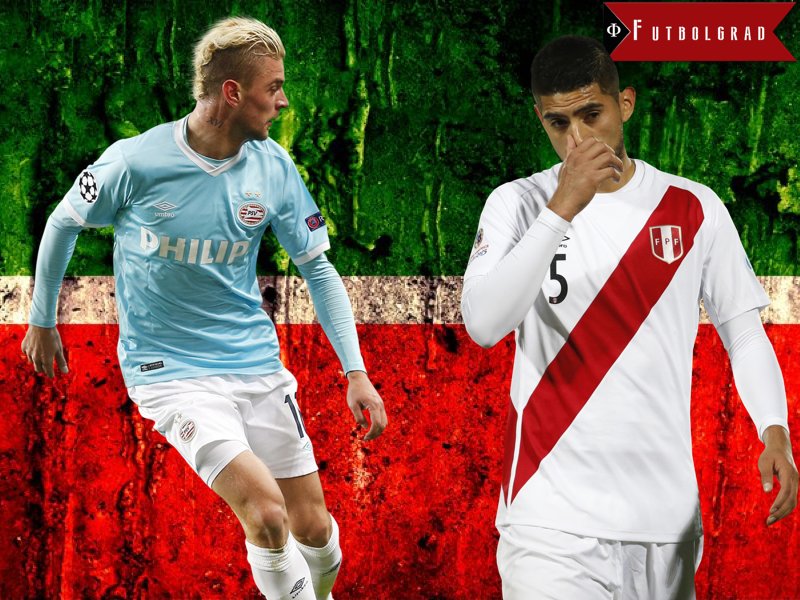 On July 1 we introduced Rubin Kazan’s new coach Javi Gracia and outlined his potential Spanish revolution. Now less than a week later the outline of what Gracia is expecting from his new team is becoming ever clearer.

In the last week Rubin Kazan has added the Belgium 24-year-old left-winger Maxime Lestienne, who was signed for €10 million from Al-Arabi of the Qatar Stars League, the 26-year-old Peruvian defender Carlos Zambrona, who joined from Eintracht Frankfurt for €3.5 million, and the highly talented 19-year-old Russian right-winger Rifat Zhemaletdinov, from Lokomotiv Moscow for €150,000.

Rubin Kazan has already spent €22.65 million on new players this summer, and it is expected that the club will bring in more players in order to fit Gracia’s up-tempo and aggressive playing style.

Zambrano during his time at Schalke – Image by dsteffek

Previously the club purchased the 25-year-old right-winger Samuel from FC Villareal for €5 million, and the 24-year-old Swiss defender Moritz Bauer from Grashoppers Zürich for €4 million. In addition, Gracia signed the 30-year-old Spanish defender Sergio Sánchez from Panathinaikos Athens on a free transfer.

Many of the signings have a common factor, as they are all relatively young, the exception being Sánchez, and are also quick and aggressive. Yet Gracia also shows that he is willing to take on players who have a difficult history.

Lestienne – Damaged Goods For the Revolution

The most recent signing of Maxime Lestienne especially shows this, as the Belgium, who was once considered one of the brightest talents in his country, is known as an enfant terrible. The player, who has spent the last two seasons on loan at Genoa in Italy, and PSV Eindhoven in the Netherlands, has made mostly negative headlines in recent years. 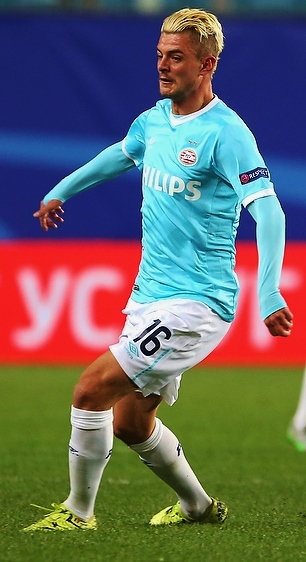 In December 2015 the Eindhoven police arrested Lestienne, alongside teammate Jeroen Zoet, after Eindhoven had beaten Eredivisie rival Zwolle on December 15. The police stated that Lestienne was arrested after being involved in a fight outside of a nightclub, while Zoet was brought in as he tried to prevent the police from arresting his teammate.

Just weeks prior to the incident Lestienne lost both his parents to illnesses within a space of six weeks, which sidelined the player for ten weeks. This has led the Russian press to question whether it was right for Rubin to spent €10 million on a player, who according to championat.com “missed half a season on a psychologist’s bed.”

Zambrano and Sánchez – The Enforcers of the Revolution

Then there is the signing of Carlos Zambrano. Zambrano has spent the last eight years in Germany, where he played for FC Schalke 04, FC St. Pauli, and Eintracht Frankfurt, during which time he made 147 appearances in the first and second Bundesliga. Zambrano however has a reputation for showing a Janus-Face, as a defender, when he is on top of his game he could be one of the best in the Bundesliga, but he is also known for being a hot head who can easily lose control over his play, and therefore has long been considered a player with discipline problems.

Meanwhile, there are also questions about the health of the 30-year-old Sánchez, who missed several games with an arm injury last season. Furthermore, Sánchez, like Zambrano, is known for having discipline issues, for which he was sent off in Panathinaikos’ crucial Europa League match against Club Brugge.

The Talent of the Revolution

Finally there is the story of Rifat Zhemaletdinov, once considered to be the brightest talent in Russian football. The winger has already been described as Russia’s wunderkind by some media outlets. At the same time Zhemaletdinov failed to break into Lokomotiv Moscow’s first team, despite being one of the most talented players in the squad. At just 19-years of age this is still early days, yet Zhemaletdinov will have to prove to Gracia that he is serious about his career. 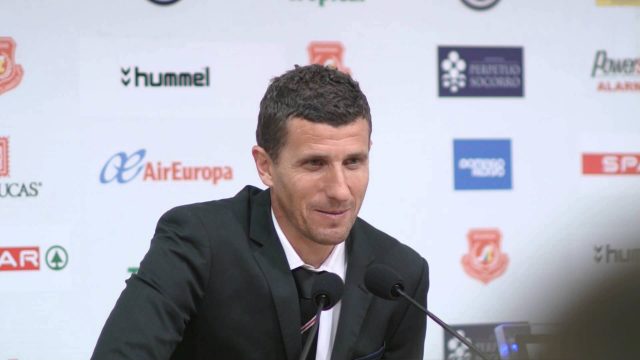 But Gracia is known for working with young talented players. He constantly lost the best players at Málaga without being allowed to re-enforce the club due to the constant difficult financial situation at the La Liga team. Therefore Gracia could be the right man to help Zhemaletdinov gain the next step in his career, and to become an important player for both Rubin, but also the Russian national team, which is desperately looking for young talented players.

Hence, while Rubin have already made a major splash on the transfer market, Gracia has also shown that there is a philosophy behind his signings. The focus on Spanish speaking players, and players with a bit of a history also makes sense, as Russia’s economic recession has meant that the country has long lost the status of a football Eldorado.

Rubin had to therefore look at players with a bit of history in order to sign the kind of players whose talent can bring the club to the next level. But these players will want to prove to Gracia that it was the right move to sign them for Rubin and will therefore work hard to resurrect their careers.