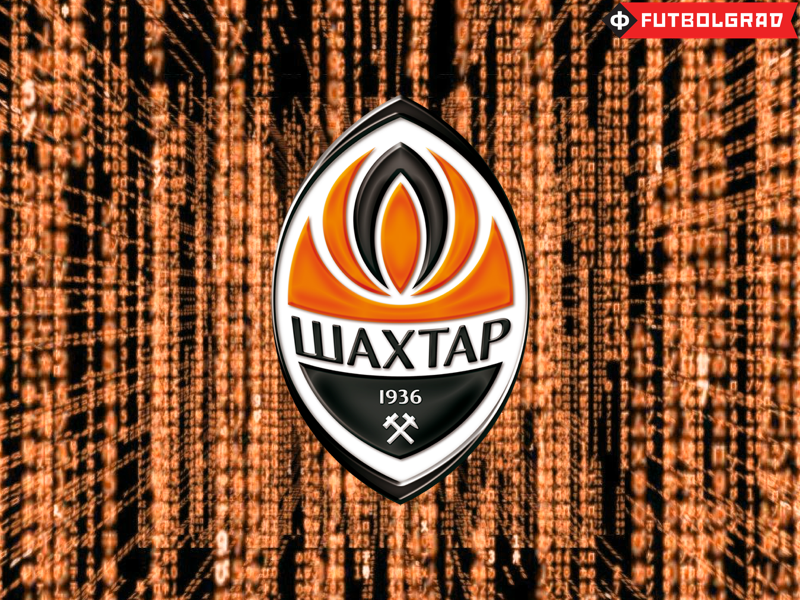 It has been a turbulent end to 2015 for Shakhtar Donetsk. On December 27, Futbolgrad exclusively reported on a possible cooperation agreement between Dundee United and Shakhtar Donetsk. Then on December 28, Football Leaks released transfer documents on Ismaily’s transfer from SC Braga to Shakhtar Donetsk, which highlights Shakhtar’s connection to Doyen Sports. Finally, on December 30, Transfermarkt.de reported that Shakhtar’s manager Mircea Lucescu is in advanced contract talks with the Turkish Süper Lig club Trabzonspor.

Reports which suggest that Lucescu’s departure to Turkey is imminent, are very premature at this point. Although Trabzonspor have offered Lucescu a transfer budget of €100 million, the fact that the club is undergoing a Financial Fair Play investigation, means that you would be more likely to win at the Double Bubble slot machine than to win a bet on Lucescu moving to the Turkish club before next summer.

Yet, Shakhtar will have to face the reality that the Romanian coach, who is now 70-years-old, could leave the club as early as next summer—he might even retire. Lucescu’s departure from the club would mark the end of an era at the club, which over the past 12 years has been built into the most recognized brand in Eastern European football.

One of the distinct features of Lucescu’s tenure at the club has been the large influx of talented Brazilian players, which, for many years, has made Shakhtar the most Brazilian club in European football. Indeed, the transfer strategy, in which the club would buy the most talented South American players with an eye to selling them at a profit, is known as the Shakhtar code. This strategy has paid off handsomely, as Shakhtar made a transfer profit of €46 million from selling Brazilian players this season alone.

Also, it is also expected that Shakhtar will cash in on several remaining Brazilians next summer. Both the club’s leading goal scorer, Alex Teixeira, (who is heavily linked to Chelsea), and Bernard, (who has recently experienced a revival at Shakhtar), have garnered interest from several English teams. Like Lucescu, Teixeira is expected to remain at the club until at least the summer, as Shakhtar are unwilling to sell him in the winter.

Bernard, on the other hand, is expected to remain with the club longer, unless a club is willing to pay significantly more than the €25 million that Shakhtar invested in Bernard in the summer of 2013. Shakhtar’s Italian coach, Massimo Ugolini, told violanews.com that although Bernard would be perfect for Italian football, “There is no intention to sell Bernard.” 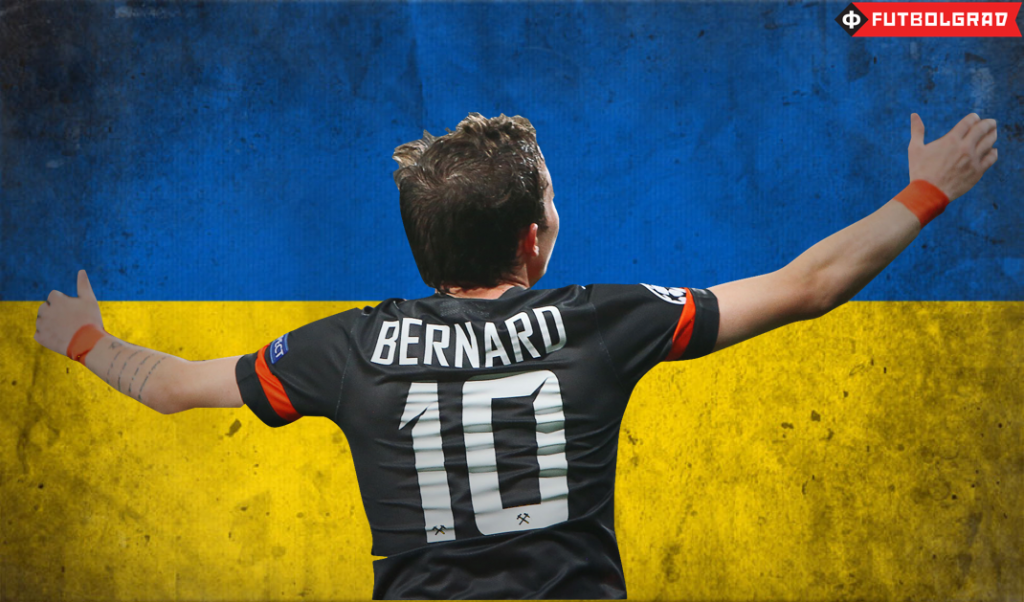 Bernard might even become the new face of the club. This could be important to the club’s image as the most Brazilian club in Europe, which has also helped the club to build a brand name outside of Europe—the club now has more followers on its Brazilian social media feeds than local Ukrainians, and last winter the club was even invited to a paid winter tour of Brazil where Shakhtar faced several big name Brazilian clubs. In fact, Shakhtar are once again scheduled to face Brazilian opposition this winter when the club travels to Miami to take part in the Florida Cup that includes several teams from Brazil such as the Brazilian champion Corinthians.

Shakhtar’s strong media and cooperate links to Brazil guarantee that the club will continue to include Brazilians in the squad. There are indications, however, that the era, in which almost half the squad is made up of South Americans, is coming to an end.

The main reason behind the imminent culture change is Lucescu’s possible departure in May 2016, for his ability to speak six languages—among them Portuguese and Spanish—has been fundamental to the integration of the South American players. It is doubtful whether a new coach could carry on the practice of acclimatizing a large group of Samba kickers to the harsh realities of Ukrainian club football.

Shakhtar Donetsk – A New Era On The Horizon

It remains a fact that Shakhtar faces uncertainty on when the club can return to the Donetsk to play at the club’s Donbass Arena. The situation in the Donbass remains unstable, and it is hard to envision Shakhtar playing in the Ukrainian Premier League, let alone UEFA matches, in the Donbass Arena. Furthermore, the Sport Minister of the breakaway Donbass Republic Mikhail Mishin has announced that the Republic would only support a return of Shakhtar to Donetsk if the club joins an independent Donbass league—an unlikely scenario.

Also, the South American market has become more difficult, for in the last two transfer windows, many Brazilians have headed to the emerging football market in China rather than try to break into the European market via Eastern Europe.

These circumstances all indicate an imminent change in culture. In fact, Shakhtar’s CEO, Sergey Palkin, has already pointed out that the club will ultimately look much more Ukrainian. Palkin told MatchDay, “Due to the fact that we have abandoned the acquisition of players, Shakhtar will inevitably be more Ukrainian. And, of course, with every transfer window the Ukrainization of the team will be more visible and noticeable.”

Hence, Shakhtar Donetsk has, for now, abandoned the acquisition of big name players from South America, and has, instead, used the financial windfall generated through transfers to fill financial holes that were ripped open by the conflict in the Donbass, and also to reinvest in the club’s youth infrastructures.

Shakhtar has invested large sums into finding and developing the best Ukrainian talent. The current crop looks especially promising as the club’s youth side reached the 2015 UEFA Youth League final where Chelsea narrowly defeated them. This has made club officials confident that it can now cultivate its own talent in its youth academy.

A Feeder Club for the New Shakhtar Donetsk Code

Indeed, the above-mentioned news that Shakhtar are looking into acquiring a feeder club abroad—aside from Dundee United, Shakhtar have also approached several Eastern European clubs regarding a possible link up—in order that the club develop its own talent more effectively by loaning Ukraine’s most talented players out in order that they gain much needed first team experience.

This approach would also allow Shakhtar to cut out the middlemen, because the acquisition of South American players, especially, involved player agencies such as Doyen Sports, which are known to take a cut in any transfers of Brazilian players from Shakhtar to the West, and have also been heavily criticized for their involvement in Third-Party Ownership contracts that have been officially been outlawed by the world’s governing body FIFA.

Although Chelsea has been strongly criticized for its détente with the Dutch club Vitesse Arnhem, ultimately the network between the two clubs has worked well, in that the arrangement has allowed Chelsea to give playing times to talents who would not usually feature in the Premier League. 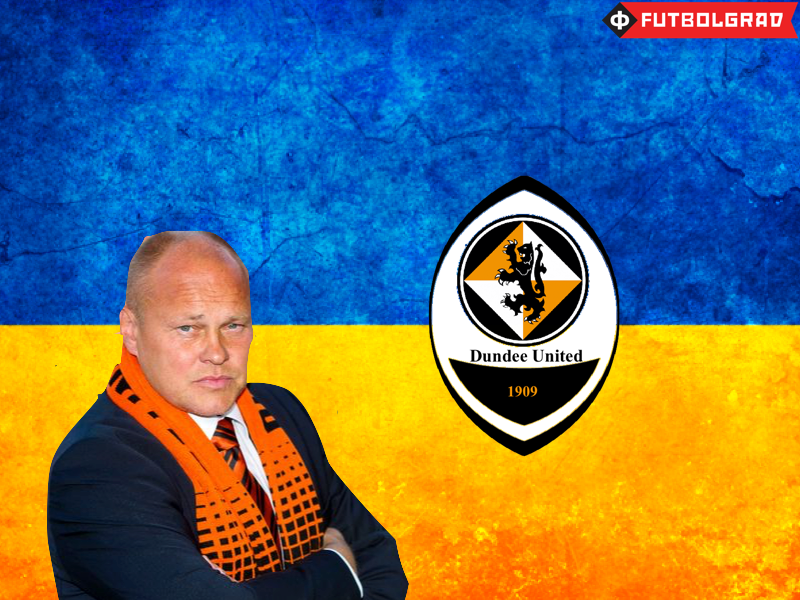 Negotiations between Dundee United and Shakhtar now show that Rinat Akhmetov is looking to emulate the success of Chelsea’s football network at Shakhtar Donetsk. Hence, the development of their own talent, and the emulation of the Chelsea loan network could become major cornerstones of the new Shakhtar Donetsk code, which would see the club produce their own regional talent rather than rely on the often difficult acquisition of South American players.