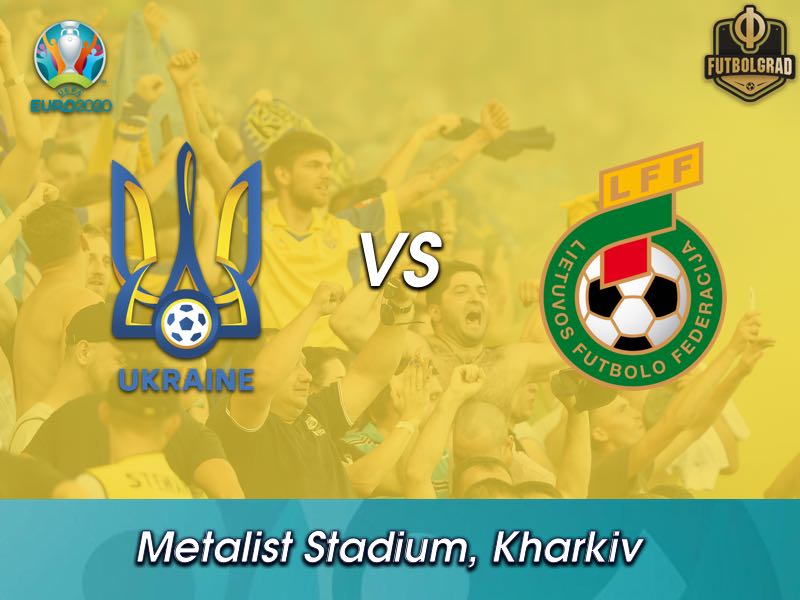 Ukraine vs Lithuania will take place at the Metalist Stadium in Kharkiv. (Photo by Genya Savilov/EuroFootball/Getty Images)

The October 2019 international break will serve as judgement day for several of Europe’s senior men’s national teams as they compete in a series of qualification matches for the 2020 European Champions. In Group B, Ukraine will host Lithuania on Matchday 6.

The Ukrainian national team have nearly qualified for Euro 2020. Having played five qualification matches, the Zbirnaearned four wins and drew once. Moreover, they kept four clean sheets in five matches and conceded only once throughout their qualification campaign.

Given their strong start, they cannot be complacent. The Zbirna know that if they win this match, they will have essentially qualified for next summer’s tournament. This would be a major achievement as the last time the Ukrainians qualified directly for an international tournament was the 2006 FIFA World Cup. (Ukraine did make an appearance at the 2012 and 2016 Euros, although they served as hosts in 2012 and had to qualify via the second round play-offs in 2016.)

Simply put, the Ukrainian national team has been remarkable. With a memorable 0-0 draw with Portugal in Lisbon to routing Serbia 5-0 in Lviv, the Zbirna have transformed into a formidable side under manager Andriy Shevchenko. Should they secure qualification for the Euros on Friday, it will further highlight their successes under Shevchenko’s managerial tenure.

Meanwhile, Lithuania have an opportunity to play spoiler in this match. Having earned only one point from a possible 15 over the course of five matches, it seems they will not qualify for the European Champions next summer. Moreover, they do not have the luxury of the second round play-offs, meaning a loss on Matchday 6 would see them eliminated from Euro 2020 contention.

With this in mind, the Lithuanian national team will look to overcome their bad fortunes as they travel to Kharkiv. They were previously bested by Ukraine in Vilnius last month, where the Zbirna won 0-3. As a result, the Lithuanians will want to make amends for this poor outing, and should they earn an unlikely result on Friday, it would have a major impact on the outlook of Euro 2020 Qualification Group B.

Overall, Lithuania face a difficult task in Kharkiv. They have not won a single match throughout their Euro 2020 qualification campaign, and they are now without Fedor Černych, their captain, as he had to withdraw from the squad. Nonetheless, stranger things have happened.

Ukraine vs Lithuania – Players to Watch:

Having torn his Achilles in October 2019, Andriy Yarmolenko was sidelined with the serious injury for nearly a year. During this period, he watched as his national team won their group in the inaugural UEFA Nations League. The Zbirna, also took a commanding lead in their Euro 2020 qualification group during his absence. Now, having returned from his injury, Yarmolenko will look to prove himself for his national team. He has had a phenomenal start to the 2019/20 English Premier League season, and he will look to transfer this success to his national team. 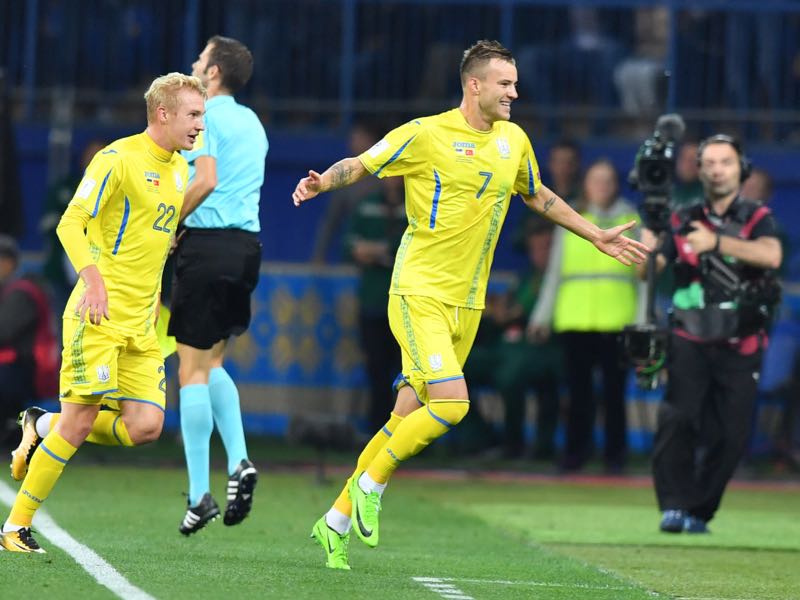 Arvydas Novikovas has been Lithuania’s highest goal scorer during their Euro 2020 qualification campaign, where the winger has scored two goals in four games. Despite his contributions, however, the Lithuanian national team find themselves at the bottom of Euro 2020 Qualification Group B. Given the absence of their captain, the Lithuanians will now rely on Novikovas to see if they can get an unlikely result from this match. 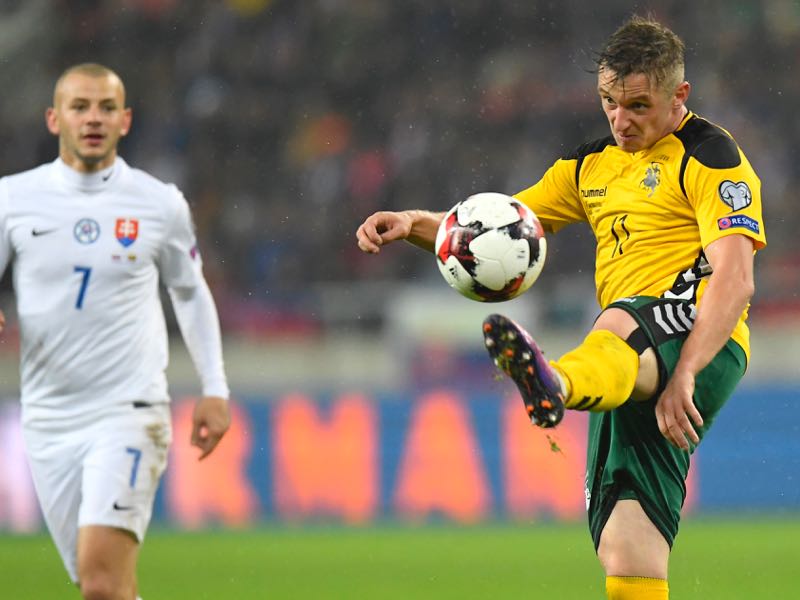