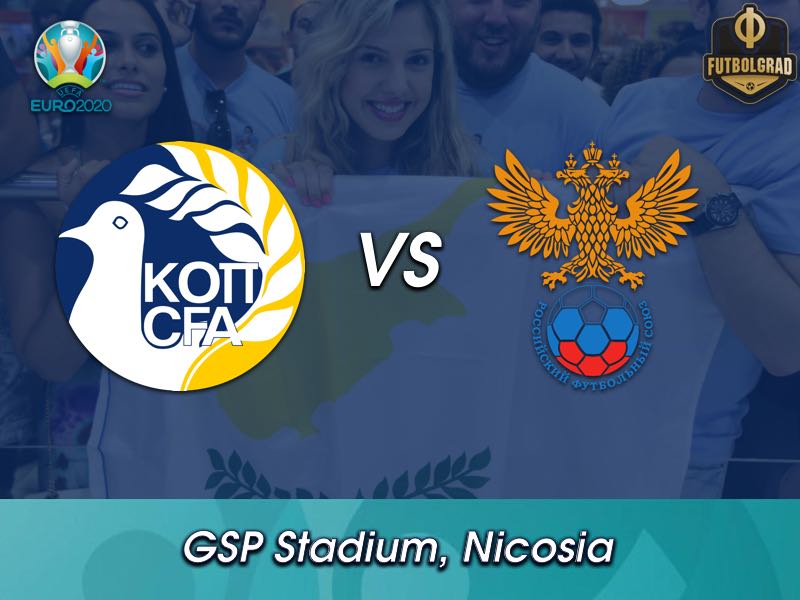 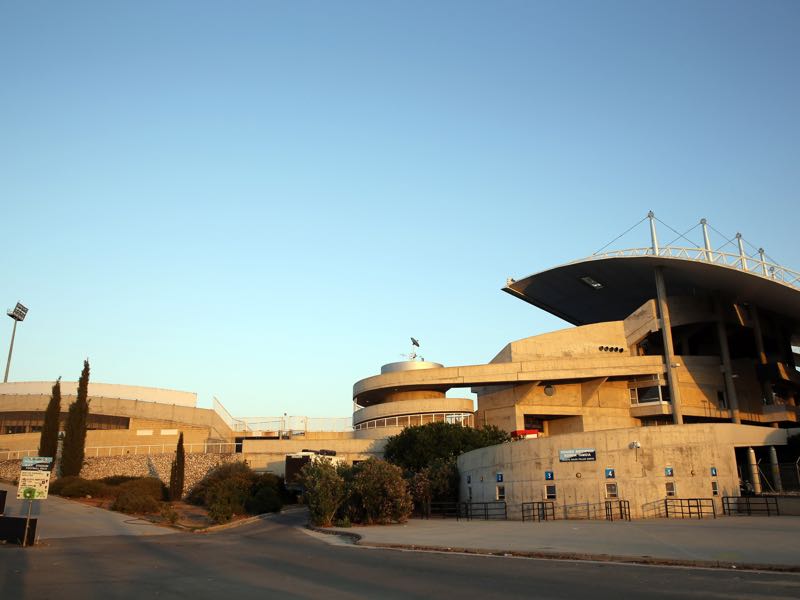 Cyprus vs Russia will take place at the GSP. (Photo by Yiannis Kourtoglou/EuroFootball/Getty Images)

By the skin of their teeth, Cyprus are still just about in mathematical contention to spring a major shock and squeeze into the top two places and qualify for their first major tournament. Lying eight points behind Russia with three games left, they must win all three remaining matches, including away to runaway group leaders Belgium, to have a chance of going through. Even the most optimistic Cypriot wouldn’t countenance the possibility in all likelihood, but that might be what makes them so potentially dangerous. With nothing to lose, and no backup route like Scotland – and in all probability Russia too – will have through the playoffs, there is nothing stopping them building on their decent recent form.

There was a brief surge in Cypriot football earlier this decade when APOEL Nicosia made it through to the Champions League quarter-finals, but the national side have never truly threatened to take the biggest step of all and make it to a European Championships. Very few players ply their trade outside the Cypriot league system. Other than Pieros Sotiriou, three other members of this current squad are employed by foreign clubs, with one of those – Anthony Georgiou, barely getting any game time on loan from Tottenham for Ipswich Town in England’s third tier.

A lack of continental experience will only change if considerable character is shown, and at least that was on display in Nur-Sultan on Thursday. After going 1-0 down in the first half and looking unlikely to create much danger for the best part of an hour, two goals in the final 20 minutes handed them a rare away win. Having also beaten the world’s lowest-ranked side, San Marino, this campaign, they have two away wins in a row, but previously had lost 14 of their last 16 matches on their travels. There is no point trying to match up to their visitors in terms of quality and experience, so they must focus on making life difficult and showing the same character that brought them success in Kazakhstan.

Russia’s strongest side in some considerable time have the simplest of equations: avoid defeat in Nicosia, and secure passage through to the European Championships next summer. In all likelihood, defeat wouldn’t change a great deal given the remaining fixtures others in the group face as unlike in previous years, this group do appear to have the same lack of care or motivation. Captain Artem Dzyuba has little to prove on current form and yet was his typically ecstatic self after scoring his two goals in Moscow against Scotland. With Roman Zobnin out injured, the replacement of Dmitri Barinov was seamless and straightforward. Even Aleksandr Golovin has dragged himself through a testing period in his club career.

The philosophy of the side is to have a direct dangerman in the box at all times. Nikolay Komlichenko made his very brief debut this week as just reward for his superb form in the Czech Republic, but once again, Fedor Chalov was conspicuous by his absence. The calls that returned for last season’s Russian Premier Liga top goalscorer had quietened to a limp whisper by the full-time whistle as Stanislav Cherchesov’s side swaggered to a dominant 4-0 thrashing. It is not just in the formation but in the attitude – direct confidence rather than a battling nervousness pervaded the team as they returned to the Luzhniki pitch for the first time since their famous win over former World Champions Spain last summer.

Extravagant, carefree attacking football won’t be necessary or likely. There is the luxury of having done the vast majority of their work already by collecting 18 points out of the last 18 available, and the knowledge that Cyprus’ hopes of usurping them in the group are all but gone. Had this situation arisen a few short years ago under the old squad, there would be a very real danger of overconfidence seeping in to make life overly complicated. There are still the memories of the senior squad member showing an alarming indifference to the angry fans that cornered them in a hotel lobby a few years back. Under Dzyuba and Cherchesov, that attitude would be unthinkable.

Cyprus vs Russia – Players to watch

Leading the line for one of the continent’s lesser powers can be a lonely existence. In a team’s bid to pack a midfield or offer extra protection in defence, lone strikers must work twice as hard to have an impact with what little time they see of the ball. Pieros Sotiriou has the added challenge of adapting from playing up front for a dominant club side with FC Copenhagen to an international outfit predominantly on the back foot. It took him 18 caps before he finally got off the mark, but he has managed to score ten goals in his last 15 matches for Cyprus, including one midweek away to Kazakhstan. Last season was a struggle for him as he was out of action after requiring surgery, but he has started seven of the last eight club games as well as scoring a respectable four goals in seven Group I matches. His humility and work rate have stood him in good stead, and if Russia allow him to face goal with any space, they may well live to regret it. 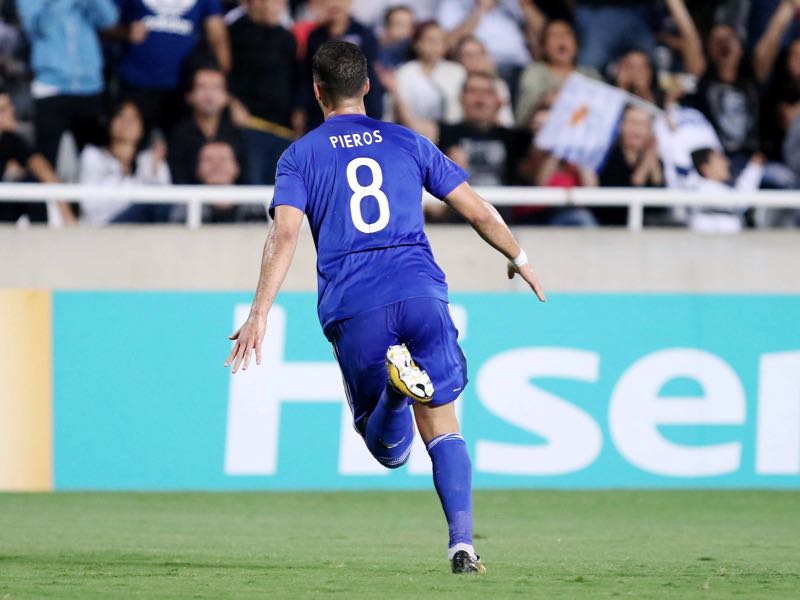 It is impossible to look past the man of the moment when picking a player to watch for Russia. It has taken some considerable time for the giant frontman to find his groove – especially at the international level – but that he is the clear leader in every sense is no longer in dispute. Scotland made life physically challenging for the Zenit St. Petersburg man, but that rarely stops his goalscoring instinct. His second goal, in particular, was a masterclass of classic centre-forward play as he held off two direct challenges, kept his balance but still found a touch deft enough to steer the ball home. His confidence is infectious in everything from his striker’s greed for goals, his selfless encouragement of his teammates, the cult around his salute celebration, and his confidence. Cyprus will clearly realise who they have to contain – the problem is managing to do so. 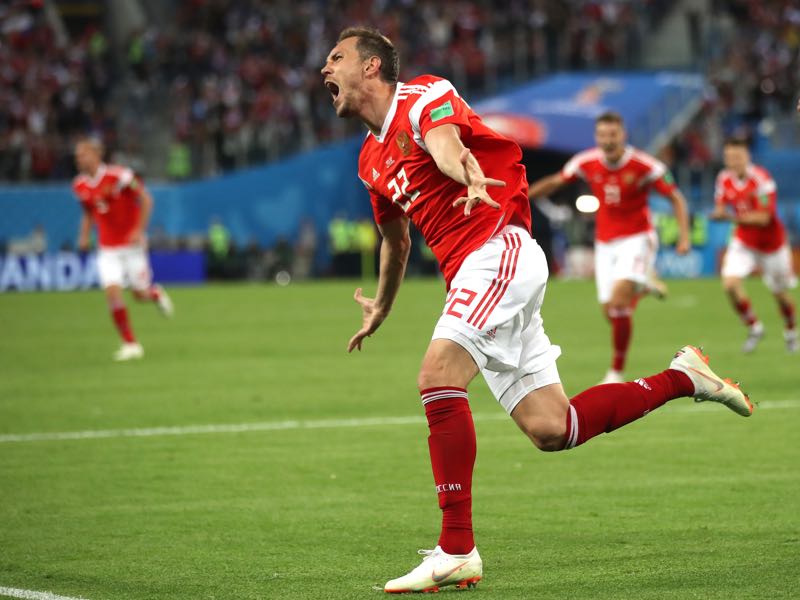