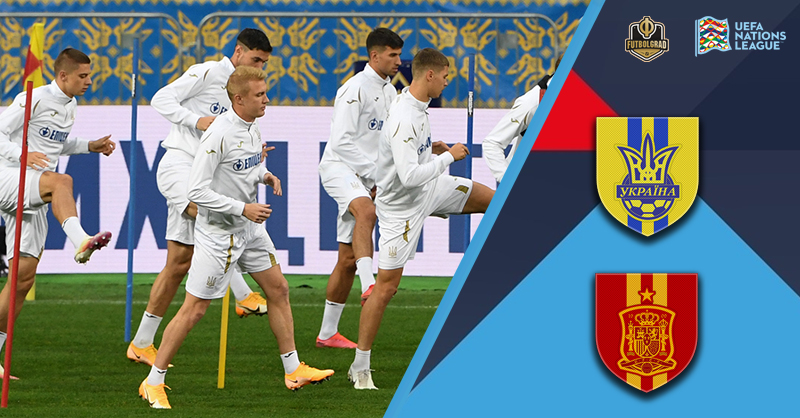 After their respective matches against Germany and Switzerland on matchday three, Ukraine will host Spain on matchday four in Group 4 of the UEFA Nations League’s prestigious League A.

Ukraine faced Germany over the weekend, and while the final score suggested a close affair, the match was anything but a nervy encounter. Germany dominated possession, passes completed, corners awarded, and shots on goal. Germany likely would have kept a clean sheet during this match had they not conceded a penalty. The Ukrainians lacked creativity. Understandably, Ukraine are without the majority of their starters as a large portion of the first team withdrew either because of the coronavirus pandemic or because of the injuries sustained to the players. Nonetheless, Ukraine looked lost.

Unfortunately for Ukraine, they will now host another difficult opponent on Tuesday. During their last encounter, La Roja thrashed the Zbirna 4-0, and that was when Ukraine had their senior team. Given their ranks are depleted, who knows how Ukraine will compete. They recorded their worst international defeat in their 7-1 loss to France, and they seemed hopeless against Germany.

Based on what has transpired over the past week, it seems unlikely that Ukraine will earn a result against Spain. Instead, it seems apparent that the final 2020/21 UEFA Nations League match in Group 4 in League A between Ukraine and Switzerland will decide who is dumped into the competition’s League B. Until then, the Ukrainians will hope to avoid another embarrassing loss to the Spanish.

Ukraine vs Spain will take place at the Olympiyskiy Stadium in Kyiv. (Photo by Joern Pollex/Bongarts/Getty Images)

Spain, on the other hand, have performed well during the competition. The Spanish earned seven points from their opening three matches, and they kept two clean sheets. Should they defeat Ukraine on Tuesday, La Roja will be well positioned to advance to the 2020/21 UEFA Nations League finals.

The Spanish have slumped in recent competitions. They failed to advance past the Round of 16 in both the 2016 European Championships and the 2018 FIFA World Cup. Qualifying for the Nations League finals would give La Roja an opportunity to win their first international trophy in quite some time, hence they will be highly motivated to achieve this.

Finally, the experience of the Spanish team will help them set up for these fixtures. Unlike Ukraine, who are missing several of their starters, Spain have a relatively healthy and fully fit squad. Given these players at their disposal, Spain will be well prepared for this match.

Overall, the contrast between these two national teams is stark. Despite their victory over Switzerland, Ukraine have struggled during the September 2020 and October 2020 international breaks. Meanwhile, Spain have been dominant, and they looked poised to continue their impressive run. How will these two teams fare on Tuesday?

Ukraine vs Spain – Players to Watch:

Following Andriy Shevchenko’s retirement, the Ukrainian national team has struggled to find an adequate replacement. From Yevhen Seleznyov and Artem Kravets to Artem Besyedin and Roman Zozulya, Roman Yaremchuk is the next replacement in a long line of inadequate strikers. Should Ukraine hope to remain in the UEFA Nations League League A, they will need to start earning results. They also need their striker to deliver during these difficult situations. Yaremchuk performed well during Ukraine’s Euro 2020 qualification process. Will he deliver for Ukraine during this Nations League fixture? 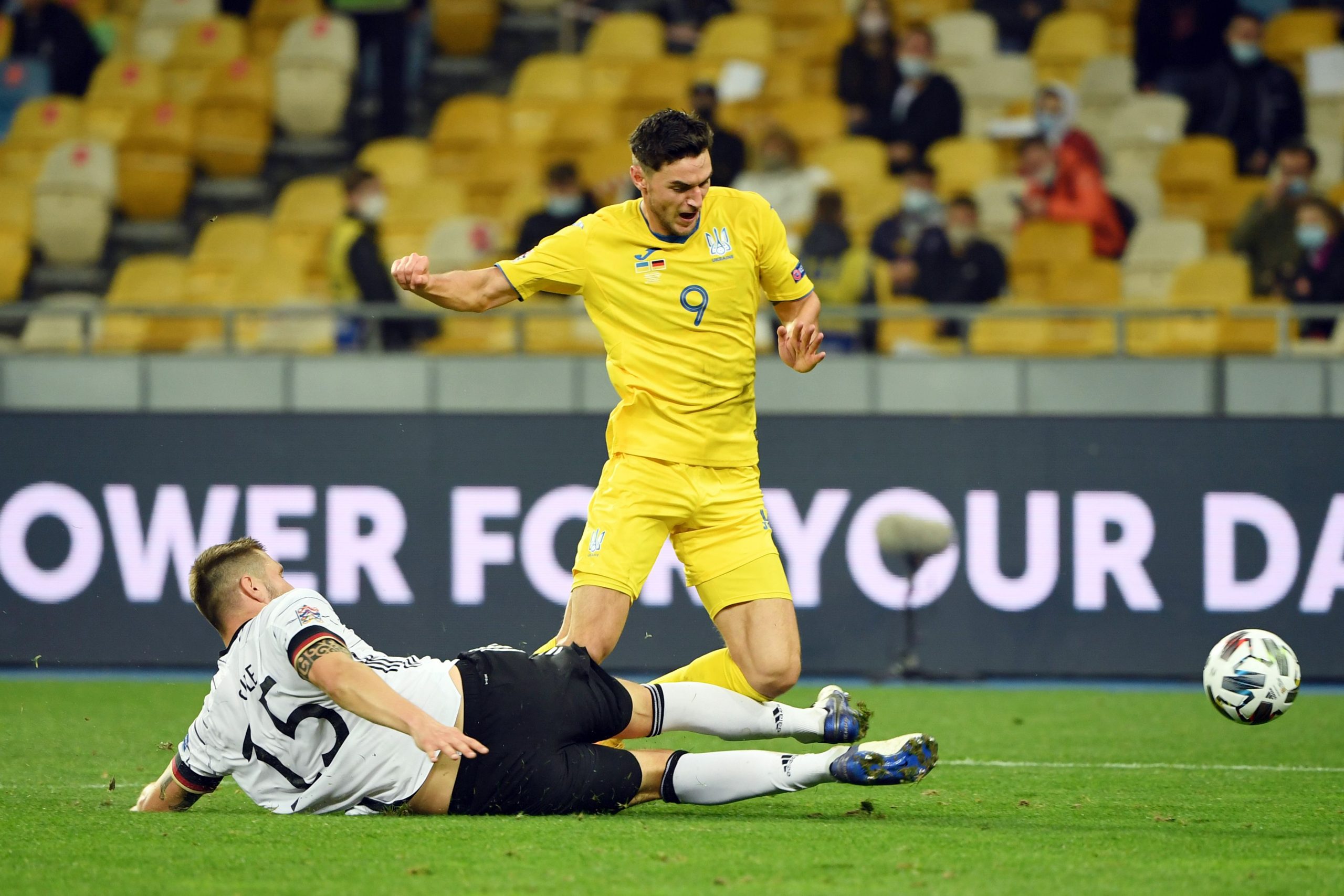 One of the few remaining members of Spain’s winning squad from the 2010 FIFA World Cup and the 2008 and 2012 European Championships, Sergio Ramos will look to lead his national team in another important fixture. The Spaniards have collected seven points from three Nations League matches, and they are on course to qualify for the UEFA Nations League finals. A victory against Ukraine would put them in a favorable position to win their group. Having already thrashed Ukraine in an earlier encounter during this Nations League campaign, Ramos will be sure to lead his defensive line during La Roja’s encounter with the Zbirna on Tuesday. 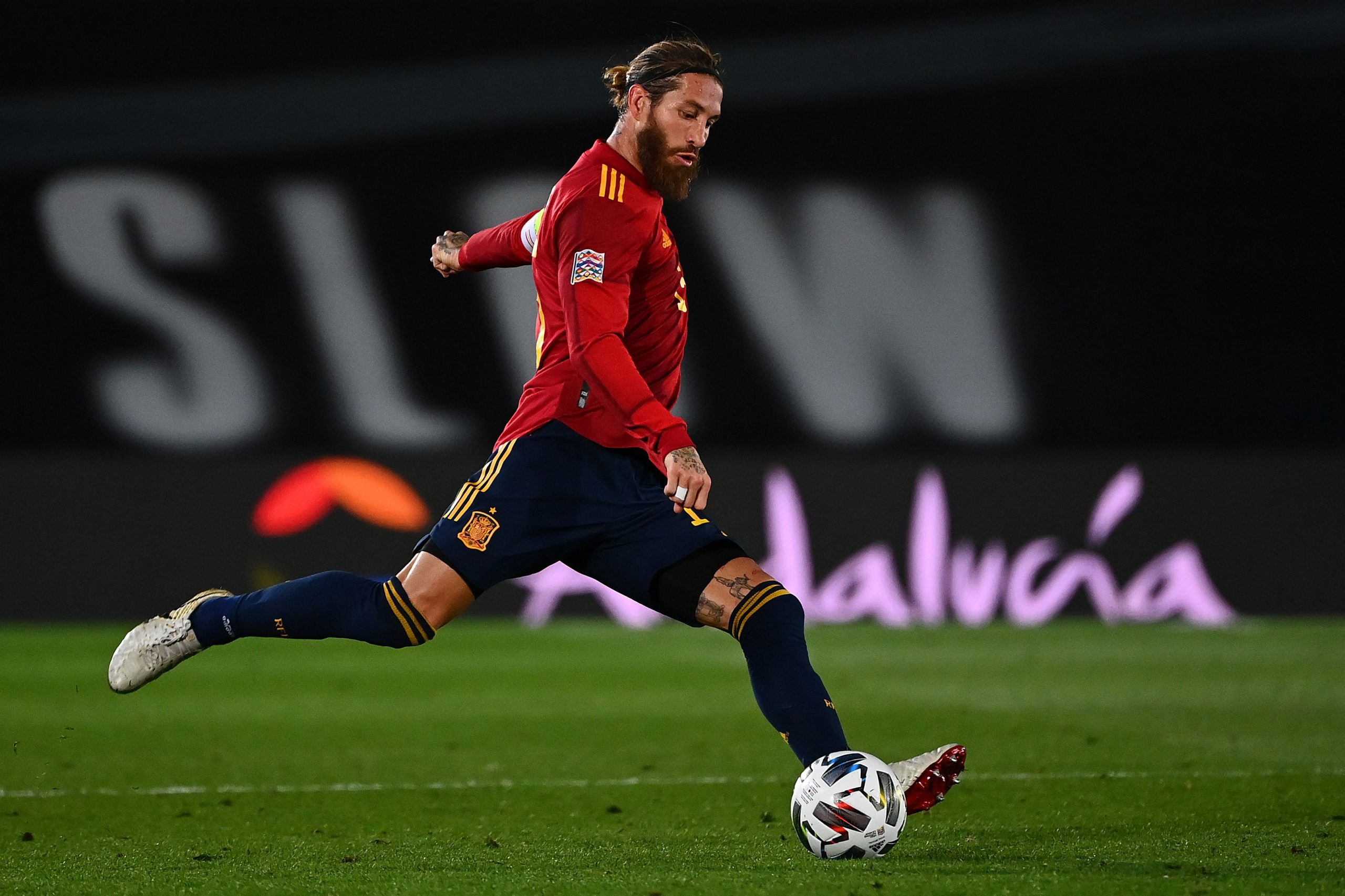