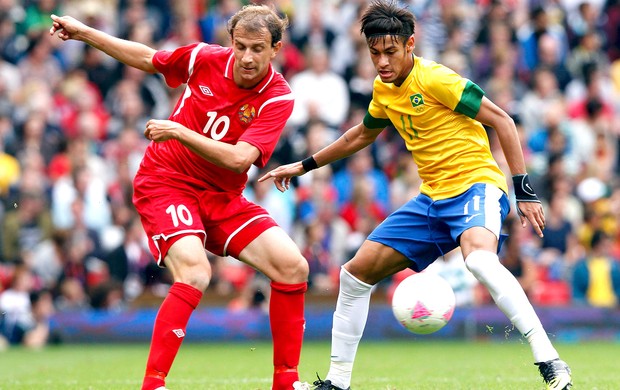 Safely avoiding any tasteless (not to mention obvious) gags referencing Sting’s Englishman in New York, like a football chant that stretches some syllables to the point of indecency, you can nevertheless hear it in his accent when he talks, Renan Bressan is a Brazilian-born naturalised Belarusian playing for BATE Borisov (an illegal alien he is not…).

From Brazil to BATE

Few can claim to have made the pilgrimage from Brazil’s Atlético Tubarão (a city located at the southern hoof of Brazil) to FC Gomel of Belarus (or FK Xomel, depending on the depth of one’s nasal capacity). Having made 77 appearances for the club situated in Belarus’s second largest city, Bressan moved to BATE Borisov (an acronym for Borisov Works of Automobile and Tractor Electric Equipment) where his form started to accelerate.

Most notably, Bressan’s valiant contribution to BATE Borisov’s recent Champions League cameo has caught the eye of shivering scouts willing to apply for a visa in advance to skip across the not-so-nostalgic iron curtain. 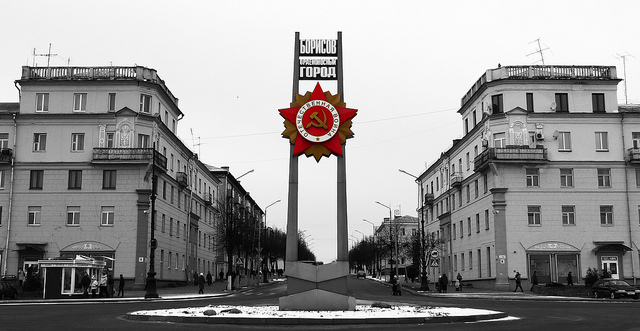 A Brazilian Belarusian – An Unjust Naturalisation?

The intriguing features of Bressan’s case has thus prompted Futbolgrad to question the changes apparent in how one is eligible to represent national teams in line with FIFA rulings and their subsequent impact on the broader principles of fair play.

The FIFA ruling states that a player must be able to demonstrate a “clear connection” to their newly-discovered motherland, which includes another clause that allows the player to represent a country if resident there for two years (later increased to five years in May 2008). Whilst auditions for Brazilians willing to demonstrate their clear connection with Belarus has reality TV potential, FIFA’s cabaret ruling has once again thrust this issue into the public domain for greater scrutiny.

As the Olympics Games approached, Bressan was quizzed by Reuters about the possibility of representing Belarus against none other than his actual homeland Brazil in a group match to be staged at Old Trafford (a coincidence that made the absurdity all the more so). “I would play, why not?” Bressan told Reuters, with all the enthusiasm of a shrugging teenager being asked if he will take his long-suffering girlfriend to the prom. “I know it’s the dream of every player to represent Brazil” the ever-diplomatic Bressan continued, “but they already have a lot of players and to play for the (Belarus) national team could help my career.” And, like a scrambled last-minute piece of evidence submitted by the defence, Bressan reminds us all of his own “clear connection”: “Belarus welcomed me with open arms and so I would be delighted to represent the country.”

However, Bressan was to eventually prove all the doubters wrong when he did eventually dawn the colours of Belarus in the aforementioned match against Brazil. After scoring the opening goal, he intuitively kissed his shirt’s badge. 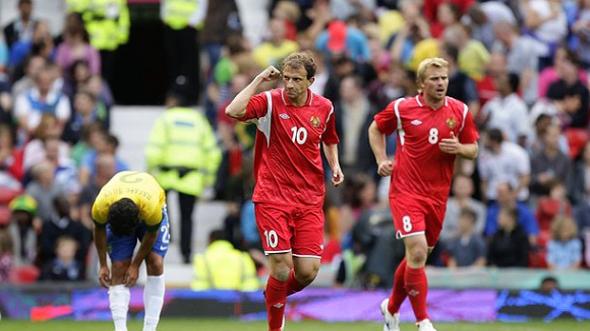 One surprising fact concerning this ruling is that states from the post-Soviet space have not, so far, been as opportunistic as others have been across the globe in utilising the malleability of these new rulings. According to Futbolgrad, Bressan appears to be a pioneer, so to speak. However, in time we may see a ‘one-Brazilian-per-team’ norm, much resembling international basketball, where sides are granted an allowance to naturalise players (more often than not an American) regardless almost of how tenuous the link to the given country may be, if there is one at all.

So what does this really mean for the future of international football? Of course, naturalisation is not a novel phenomenon in this regard. For instance, Hungarian legend Ferenc Puskas also represented Spain whilst Alfredo Di Stéfano played for Argentina, Spain and Colombia (although the latter was unrecognized by FIFA at the time).

Rather than question its purpose, per se, we may have to simply redefine international football. Footballing cultures may indeed take pride of place. In other words, a player’s birthplace will be rendered insignificant and nations who develop the best players, whether native or not, will prosper. If so, for example, the ‘Arsenal School’ of adopting youngsters from the likes of Ivory Coast may be of eventual benefit to the English national side, and thus to the detriment of Ivory Coast. What may be a concern is that this clearly benefits developed nations, thus widening the chasm between those economically rich and those not, in the global game.

Football was once marvelled as a ‘great leveller’, where politics let alone economics were mere side issues. Now, perhaps football is just imitating the realities of today’s globalized world, and a world where borders are less rigid and states more heterogeneous. In many respects, football is simply evolving according to the pace of the world which surrounds it.