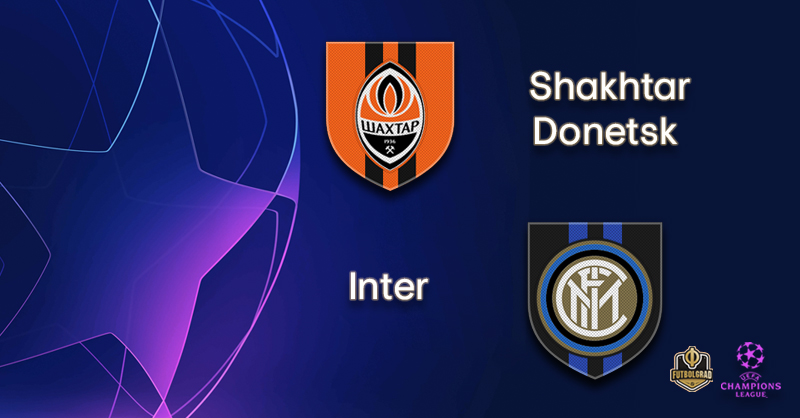 After some entertaining fixtures on Matchday 1 in the 2020/21 UEFA Champions League group stage, Shakhtar Donetsk will face Internazionale tonight on Matchday 2 in Group B in Kyiv.

Having previously won the past four Ukrainian Premier Lihas in a row, Shakhtar have stumbled at the start of the 2020/21 season. While the Miners have yet to lose a league match this season, they have only won three of their seven matches. Some of Shakhtar’s draws also came against weaker opposition, meaning perhaps the UPL is finally starting to become a competitive league.

In Europe, however, the Miners are already starting to exceed expectations. Shakhtar Donetsk turned heads on Matchday 1 as they defeated Real Madrid. The Ukrainians were without several of their first-team regulars, either due to coronavirus precautions or through injury, and yet the team achieved a remarkable result. This will inspire confidence as Shakhtar prepare for their second match in the Champions League’s Group B.

The Miners are also familiar with their upcoming opponents. During the 2019/20 Europa League season, Shakhtar faced Internazionale in the competition’s semi-finals. It was a night to forget as the Ukrainians were defeated 5-0. Shakhtar will look to avoid replicating such a disastrous result.

Shakhtar Donetsk vs Inter will take place at the Olympiyskiy Stadium in Kyiv. (Photo by Joern Pollex/Bongarts/Getty Images)

Internazionale, meanwhile, will look to have a better campaign this year. Despite their dominance last season, the Italians failed to win any silverware. They fell short in the Europa League, where they lost to Sevilla in the competition’s final. Domestically, they were runners-up in Serie A, where they finished a point behind Juventus.

I Nerazzurri spent the summer strengthening their squad, and they will hope that their spending will help them win silverware this season. They, like Shakhtar, have had a slow start to the domestic 2020/21 season. Nonetheless, there is a lot of football to be played, and the Italians will continue to press forward as they look to win domestic trophies this season.

Finally, Internazionale were held to an entertaining draw against Borussia Mönchengladbach on Matchday 1 in the Champions League. The Italians dominated possession, chances created, shots on goal, number of passes completed, and pass accuracy. Despite this performance, Internazionale were unable to win this difficult encounter. The Italians will now regroup as they prepare to face the Ukrainians.

How will Shakhtar Donetsk and Internazionale fare on Matchday 2 in the Champions League’s Group B on Tuesday?

Tetê had a man of the match performance in Shakhtar Donetsk’s game against Real Madrid on Matchday 1 in Group B. The Brazilian scored one and assisted another as his club earned a shock victory over the famous Spanish club. Having joined Shakhtar in 2019, Tetê has become a reliable figure for his club. The Miners will need him to put in another strong performance on Tuesday as they face Internazionale. 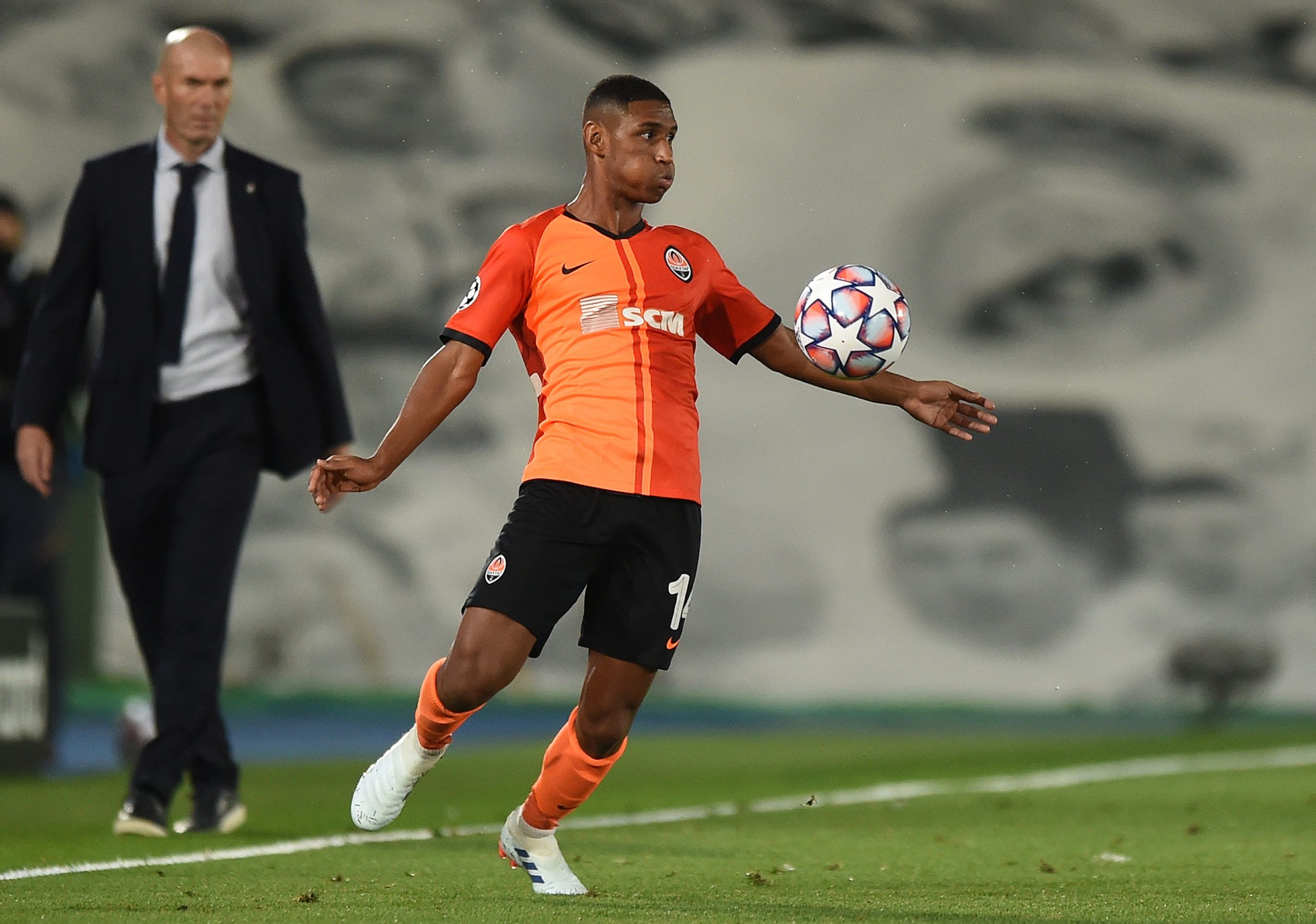 Tete will be one to watch when Shakhtar Donetsk vs Inter takes place. (Photo by Denis Doyle/Getty Images)

Romelu Lukaku has fit in well after arriving at Internazionale during the summer of 2019. In his first season with the Italians, the Belgian scored an incredible 40 goals in 56 games across all competitions. While his side were unable to win any trophies last season, having finished runners-up in Serie A and the Europa League, Lukaku will hope to guide his team to victory during this new campaign. 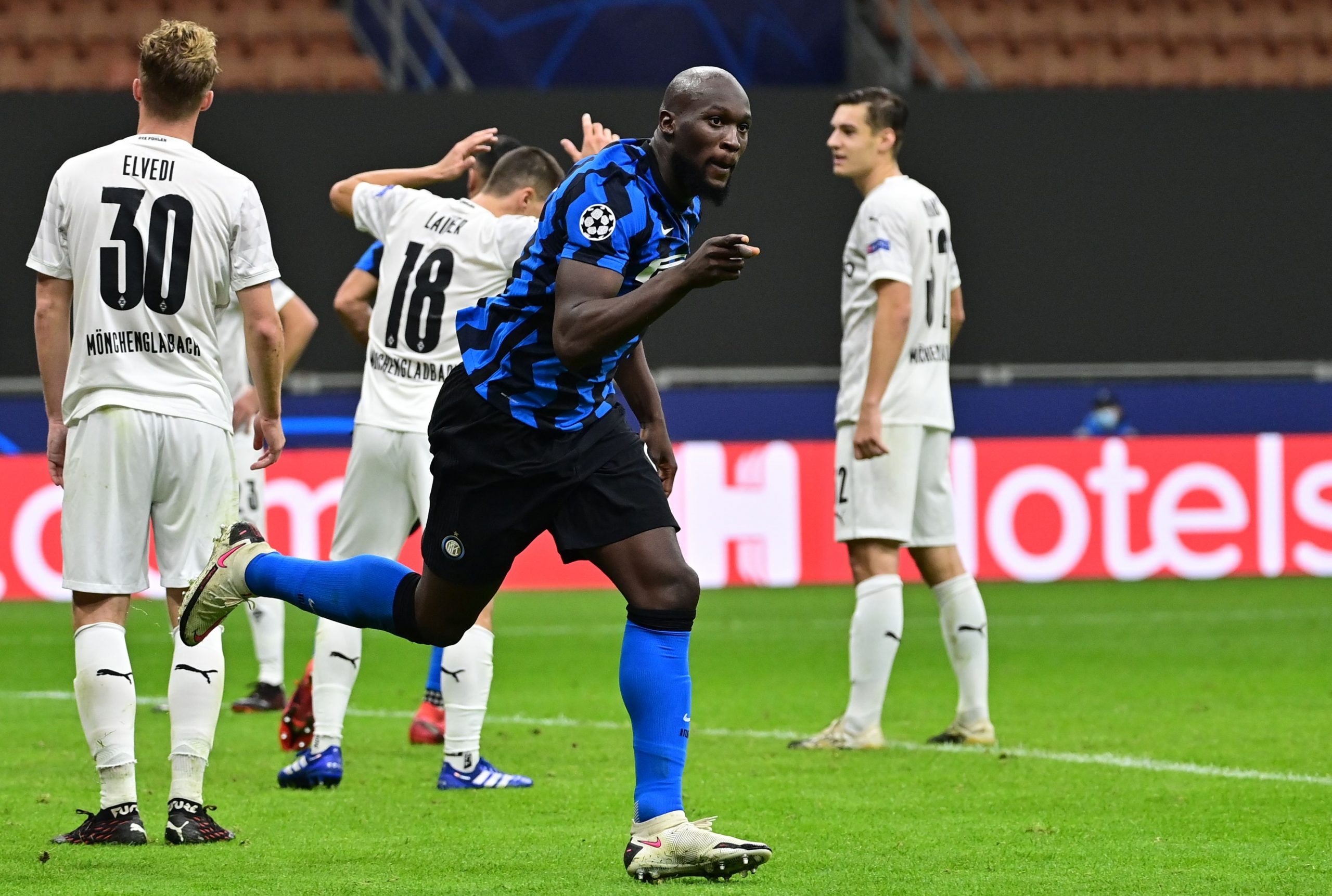 Romelu Lukaku will be one to watch when Shakhtar Donetsk vs Inter takes place. (Photo by MIGUEL MEDINA/AFP via Getty Images)