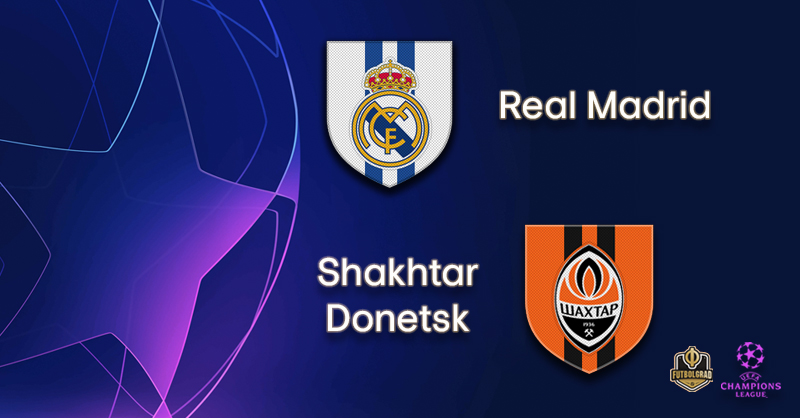 Real Madrid were knocked out of the competition last season in the round of 16. While the Spaniards were disappointed with the way in which they were eliminated, they still went on to win the 2019/20 La Liga title. Los Blancos will hope to use this domestic success as motivation going into this year’s UEFA Champions League.

Los Merengues have done well under Zinedine Zidane’s managerial tenure. During his first stint, Real won three Champions Leagues in a row before Zidane retired. The Frenchman then returned in 2019, when he helped his team win La Liga. Zidane has had an impressive managerial career, where he was won a major trophy with Real Madrid in every season that he has managed the club. Putting last season’s Champions League behind them, Zidane and his men will aim to win the competition this season.

Real were placed with Italian club Internazionale, German team Borussia Mönchengladbach, and Ukrainian side Shakhtar Donetsk in the competition’s Group B. Real will considered favourites to win the group. They will kickstart their campaign with a match against Shakhtar on Wednesday.

Meanwhile, Shakhtar had a good 2019/20 season of their own. The Miners won the Ukrainian Premier Liha for a fourth consecutive season. While they were eliminated from the 2019/20 Champions League, they also performed well in the UEFA Europa League, where they advanced to the competition’s semi-finals. Shakhtar have shown that they are starting to become a difficult side to break down in European football’s top competitions.

As the Ukrainians prepare for this match, however, they will be without several of their players. A few members of the Shakhtar team have contracted coronavirus, thus they will not be able to compete with the squad. Shakhtar have also lost some of their players due to injury.

Shakhtar will likely struggle against a dominant and more superior Real team. Nonetheless, the Ukrainians will look to give it their all as they face Real. The Miners will have nothing to lose on the opening matchday of this year’s competition.

Karim Benzema has continued to deliver for his club. During his time with Los Blancos, the Frenchman has won three La Liga trophies, two Copa del Reys, two Supercopa de Españas, four UEFA Champions Leagues, three UEFA Super Cups, and four FIFA Club World Cups. His record has been superb with Madrid. He will look to add to Real Madrid’s tally as they start their 2020/21 UEFA Champions League campaign in Group B.

With the absence of Taras Stepanenko, Marcos Antônio will have to fill in at central midfield. The young Brazilian fared well during his first season with Shakhtar Donetsk, where the Ukrainians won the 2019/20 Ukrainian Premier Liha and finished in the UEFA Europa League’s semi-finals. While their 2020/21 UEFA Champions League group will be difficult, the Brazilian will look to help his side advance to the competition’s knockout stages this season.