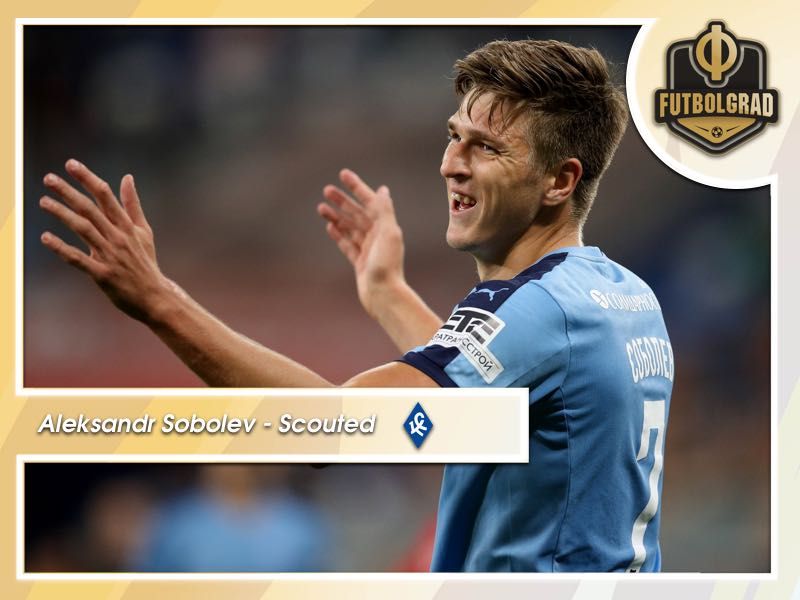 Aleksandr Sobolev’s recent call-up to the Russian national team is the prize for his stunning form for Krylya Sovetov Samara this season, but his rewards might just be about to get even richer. Manchester United have been linked with the striker, while Aleksandr Sobolev himself acknowledged that Arsenal scouts were in attendance to watch him score twice in his side’s recent 2-0 win away to newly-promoted Sochi. The latter’s interest makes little sense when they have the stunning attacking trident of Nicholas Pepe, Alexandre Lacazette and Pierre-Emerick Aubameyang and play a naturally more fluent brand of football. Manchester United, however, have looked rudderless without a single true number nine since Romelu Lukaku’s departure.

From a business point of view a deal makes a lot of sense from both parties. Sobolev will get a move to a big club in England and become a very rich young man with opportunities to play in Europe. Even if he doesn’t fit into the brand and pace of the English Premier League, or fails to adapt to the psychological strain of a new footballing culture, his profile will be raised far higher and a pathway to a top-five league will be considerably smoother. For Manchester United there is a great deal of logic in it too.

Ole Gunnar Solskjaer’s side are so utterly abject at the moment with no direction, and yet still possess some of the finest individual talent in the world. One major problem is that there is no shape or identity to their attack. Sobolev works well as a lone striker – which fits into United’s current style with wide attackers either side – but crucially has the physique and footballing IQ to be the focal point with fast-paced support players around him. A likely fee of around ₤15 million has been suggested, which in today’s market represents a pittance. Only a few months ago Sean Longstaff, who had only played 25 top-flight games, was linked with a move to Old Trafford for more than three times the fee.

Aleksandr Sobolev – A move would be a major adjustment

To say such a move would be a major adjustment is an understatement. To date, and especially before this summer, Sobolev has shone intermittently but only for struggling teams. Just over two years ago he was abruptly thrust into the first team at Tom Tomsk when the club almost collapsed under financial pressure after the winter break. After selling the vast majority of their senior squad their youth team were left to scrap for whatever meagre pride they could find. Sobolev bagged a reasonable three goals for a side without hope rooted to the bottom of the table.

The following season he initially struggled as his troubled club sank to the relegation zone in the second tier, but his six goals were enough for historic fallen giants Krylya Sovetov Samara to snap him up. Seven goals in the last nine matches helped his new side return to the Premier League, and the man himself end with 18 goals in all competitions.

After just one goal in the first seven matches he lost his place in the side and didn’t start a game again before the winter break. Rock-bottom Enisey Krasnoyarsk had come up with Krylya through the playoffs and took the youngster in their attempt to stave off an increasingly likely relegation. They never left their position at the foot of the table during Sobolev’s time, and he returned to his parent club this summer.

Enisey were a bloated club loaded with experienced castoffs that simply didn’t fit together, while Tom Tomsk were a sinking ship with no hope. These were hardly environments for a young striker to find form, although the latter in particular could be a useful exercise in mental toughness that would stand him in good stead for a less than simple life at Manchester United. With his 6”7’ height there is a danger of him being typecast as a back-to-goal physical battering ram. Very little at this stage suggested his output would explode quite so spectacularly as it has. 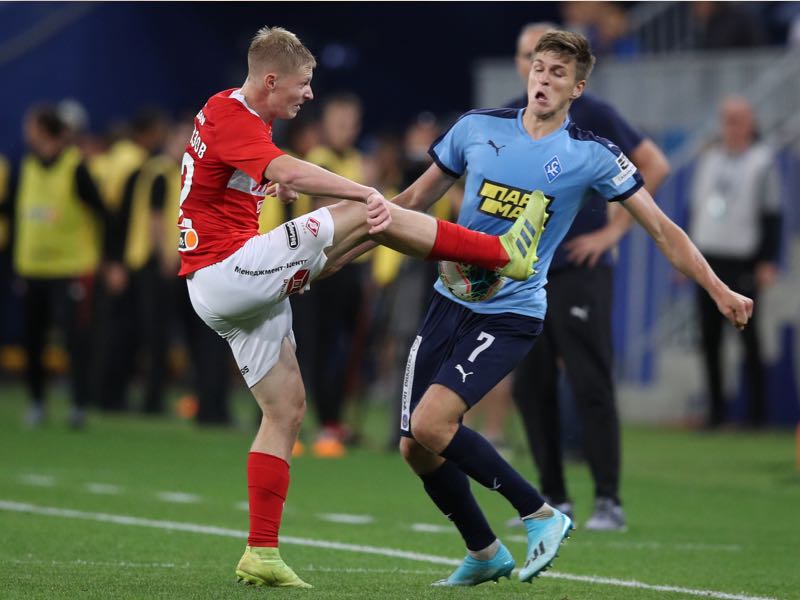 In the first 12 matches of the season Sobolev has already scored 10 goals to go top of the scoring charts alongside Uzbek forward Eldor Shomurodov. Of Krylya’s 17 league goals Sobolev has had a hand in 13 of them. It is his efficiency that is most impressive though; he has outperformed his xG this season, and nobody has scored more goals despite eight other players taking more shots.

One key characteristic of his style of play involves his chance creation, or at least his ability to find his way out of a tightly-marked situation. While Shomurodov has the same tally of goals, he has taken 40 shots compared to Sobolev’s 33. Former Crystal Palace target Fedor Chalov, last season’s top goalscorer and the man who made way for Sobolev, has also taken 40 shots but scored just five.

The Chalov case is an intriguing one. Stanislav Cherchesov was quite open about his choice to not call up the CSKA Moscow man to the senior squad in September because he wanted a similar mould of striker to his captain, Artem Dzyuba. In other words, Chalov’s more nimble approach that works better in direct concert with the next line of attacking players didn’t fit into the system that Sobolev does. There has been a virtual uproar in some quarters at what is seen as a stubborn refusal by Cherchesov to adapt his plans to accomodate Chalov’s undoubted talents. The main beneficiary won’t be complaining.

If Manchester United’s interest materialises into a firm offer and transfer, there will be one last obstacle that must be overcome – and one that promises to become trickier after the looming Halloween Brexit date in three weeks’ time. To be granted a work permit as a non-EU national, a player requires an endorsement from the FA based on specific parameters. The simplest stage is showing the player in question is “elite and established at the highest level” through the percentage of full international games they have played in the last two years.

For countries ranked between 31-50 by FIFA (which includes Russia, currently 41st), the player must have appeared in 75% of matches to automatically be granted an FA endorsement. Aleksandr Sobolev has only just been called up for the first time so clearly doesn’t meet that specific requirement. There are a multitude of exceptional circumstances that allow the all-important endorsement though for players who haven’t met the required percentage of international caps. These largely focus on the transfer fee and salary offered to the player in question, as well as appearance percentages in their domestic league, in a points-based system.

Sobolev meets these criteria, and so theoretically is in a position for an English club to appeal for his work permit. How the rules and criteria will be altered in the wake of Brexit is uncertain however. If those technical hurdles can be overcome, he would bring a different element to an attack that is looking stale. When Solskjaer wants to break fast upfield in a more direct fashion, for example, having Sobolev as a focal point to draw the sheer pace of Anthony Martial, Marcus Rashford, Dan James or Mason Greenwood would be a real advantage.

However much United’s stock has fallen on the pitch, the scale of the entire monolithic institution is still enough to challenge the character of new arrivals. When one considers that over ₤80 million’s worth of central midfielders regularly sit on the bench while academy products Andreas Pereira and Scott McTominay patrol the middle, the intended identity becomes clearer. Sobolev will not have the chance to be self-inflated; he has had to battle for his opportunities, and will value the opportunity immensely.

At the still fresh young age of 22, Aleksandr Sobolev has garnered a huge amount of respect across the country, but pride in him is felt most keenly in his home town of Baraul according to his first coach, Aleksandr Gorbunov. “I am not the only one following Sasha’s progress,” he said this week. “The whole of Barnaul is mad about him now. We constantly call up: the last time we spoke was when he was called up to the national team. I am always happy for him and wish him success. So far he has not won anything, but he has grown, developed and scored a lot – well done.

“The best gift for teacher’s Day was Sasha’s call-up to the national team. The fact that he is so in-form is unexpected, even for me. Just recently he was playing for Tom reserves, and now in the Russian national team. It’s fantastic.” That pride will take on a whole new level if United’s interest turns into a dream move.