The 2020/21 UEFA Europa League has returned. Dynamo Kyiv and Club Brugge, who were both eliminated from the UEFA Champions League after the group stage this season, will face each other in the Europa League Round of 32. Dynamo will host the first leg of this Europa League tie on Thursday.

Dynamo Kyiv will have the fresher legs as these two clubs meet in this week. The Ukrainians spent the past two months on holiday in what is one of the longer winter breaks in Europe. This allowed their players to rest up ahead of this important Europa League clash.

They were fortunate not to lose anyone to illness during this break. In addition, Dynamo recently defeated Olimpik Donetsk in their first match in the 2021 calendar year. Club Brugge will be a more difficult opponent than Olimpik, but the result will give Dynamo a sense of confidence as they go into this match.

Finally, the Ukrainians have built some momentum in recent months as they have leap-frogged rivals Shakhtar Donetsk in the 2020/21 Ukrainian Premier Liha table. There is still a lot of football to be played, but it seems Dynamo have turned a corner under Mircea Lucescu’s managerial tenure.

As for Club Brugge, the Belgians have dominated the Jupiler Pro League this season. Brugge currently find themselves at the top of the league 13 points ahead of second-placed Antwerp. Brugge also have a game in hand, meaning they could easily extend their league in the table. With eight matches remaining for Brugge in the 2020/21 JPL season, it looks like they have the league wrapped up.

This dominance domestically will allow the Belgians to shift their focus to the Europa League’s knockout stages. While Dynamo might have the fresher legs, as they are returning from a long, two-month holiday, Brugge have consistently played throughout the winter period. This could give them the edge, as they will be match-fit and have played games on a weekly basis. Dynamo could still be searching for their match fitness.

Overall, Brugge have had a strong run throughout the 2020/21 season. They were unfortunate to be eliminated from the Champions League following their two draws against Lazio, matches that they could have won. The results mean that the Belgians will have to settle for the Europa League, and they will hope to add another trophy to their tally this season.

How will Dynamo Kyiv and Club Brugge fare in the first leg of this Europa League Round of 32 tie on Thursday?

Ukrainian goalkeeper Georgiy Bushchan struggled during the Champions League group stages. Bushchan only managed to keep one clean sheet in six matches, although in fairness their group consisted of Barcelona, Juventus, and Ferencváros. Despite the difficult opposition, the Ukrainian goalkeeper was at fault for some of the goals, and he will look to avoid these errors in the Europa League’s Round of 32. Foolish mistakes will surely see his side eliminated from this season’s competition. 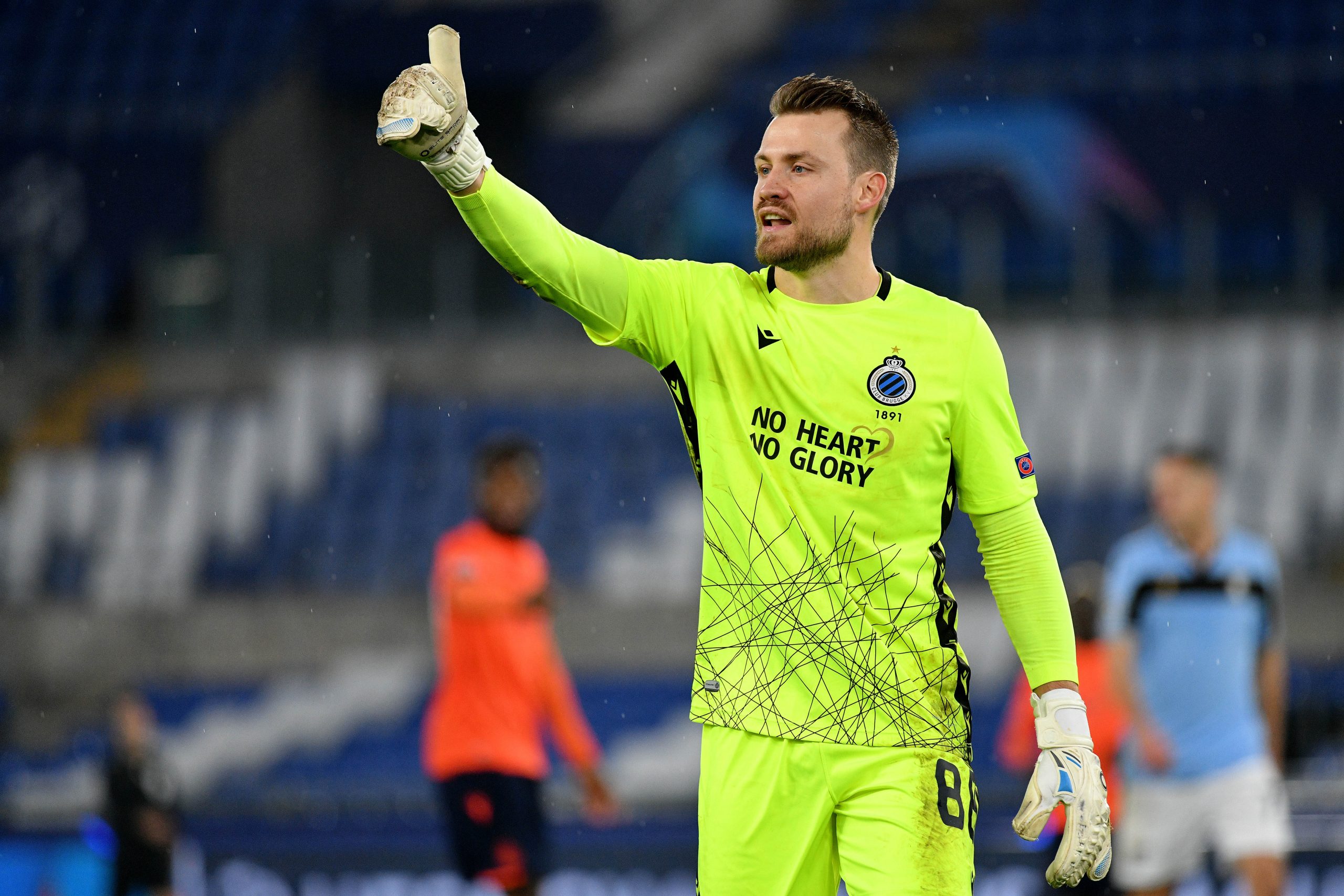 Simon Mignolet will be one to watch in Dynamo Kyiv vs Club Brugge. (Photo by Marco Rosi – SS Lazio/Getty Images)